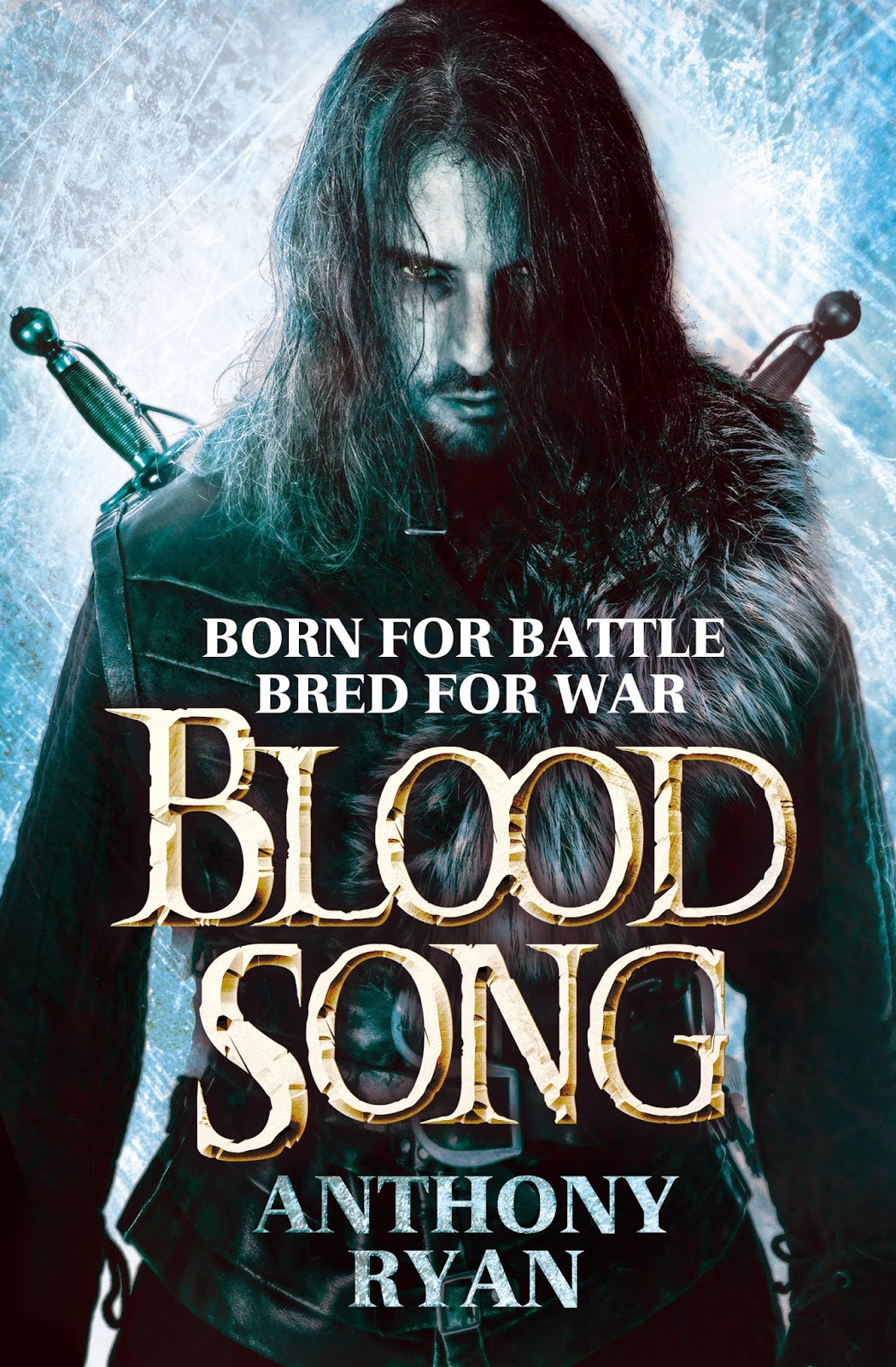 It’s not all that often that I encounter a new fantasy author that I will gush about so much (likely to the annoyance of everyone around me) but my falling irrevocably in love with Anthony Ryan’s Blood Song happened within the very first chapter.

We are introduced to Vaelin, known as the Hope Killer, who from a very young age has been trained to be unquestioningly loyal to a religious militant order, prepared to kill and die for his faith, and at his king’s command (even if his king has questionable motives for his actions).

Blood Song is essentially a coming-of-age story, following Vaelin’s trials as he and his band of brothers gain their education and, above all else, survive the rigours of life in their order. It’s a harsh life, and the weak are quickly weeded out.

But not only must Vaelin succeed at his physical challenges – he must also navigate the Machiavellian political intrigue of the king and others, all while gradually uncovering a deeper mystery that may have the potential to overturn Vaelin’s entire world. Through all this, Vaelin constantly grapples with his honour, and notions of doing what is right when all choices laid before him force him into some sort of quandary.

Blood Song may be a bit slow-moving for those wishing to jump right into the action, but patient readers who enjoy a gradual unfolding will be rewarded by vivid, tactile world building populated with three-dimensional characters who will stick in your memory for a long time after you reach the end.

Ryan is relentless in what he has his characters endure, and the results are hardly convenient or tidy (as one can expect in an authentic setting). Expect bloodshed, violence and much death. Vaelin is a complex character whose actions aren’t always kind, but he is consistent in his logic, and I couldn’t help but admire him, even if I did not always agree with his decisions.

Ryan is also a bit of a phenomenon – Blood Song was initially self-published before it was picked up by a big publisher. The editing with this edition had a few idiosyncrasies, such as Ryan’s fondness for comma splices and a handful of instances of homophone abuse that clearly slipped past the proofreaders, but these minor transgressions did not rob me of my enjoyment of being at the not-so-tender mercies of a master storyteller.

I rate Anthony Ryan right up there with the likes of Robin Hobb, Scott Lynch, George RR Martin and Mark Lawrence, so if you’re in the mood for a touch of the dark side of fantasy, this may well be what you need to read next.

Posted by nerinedorman at 11:15 AM