A while back I let on that I'm one of the South African spokespeeps for the newly unveiled African Speculative Fiction Society. I'm going to kick off here and say that it's about high time that we got the ball rolling here in Africa. We have a vast oral tradition, not to mention a melting pot of cultures that are all uniquely African, and for too long we've been languishing under the misconception that African SFF fiction is somehow subpar. Point is it's not. When I edited Short Story Day Africa's Terra Incognita anthology, I was blown away by the beautiful wordsmiths and their stories I encountered.

Those of you who've been following my doings over the past few years will see how I've been fighting for the recognition of African SFF fiction here in my corner for what feels like forever. And let me tell you it's absolutely awesome to have others with whom I can now connect.

So, when Geoff Ryman roped me into the ASFS to help with the establishment of Africa's own speculative fiction awards, the Nommos, I jumped at the opportunity. Here's something I'm really passionate about, and I'm really happy to have my fellow ASFS folks over today (Geoff Ryman and Tade Thompson) to chat about this endeavour. 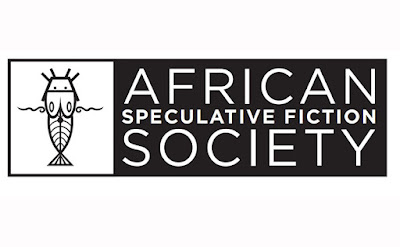 Nerine Dorman: I was a bit taken aback to be asked to get involved with the ASFS, mainly because I feel I've been fighting in the trenches here in my particular corner of Africa to try promote speculative fiction. What was the final tipping point for you to decide to get involved to help set up the Nommos?


Geoff Ryman: You know, I have no memory what kicked it off. I was was reading stuff on the African Fantasy Reading Group and just thought 'sod it, we need an award and it will have to be entirely in Africa. Just keep everybody else out, me included. I had just come back from Nairobi and had loved the writers there, their mood of owing so little to everybody else, just growing their own wild sort of beatnik scene. And I was very impressed talking to Moses Kilolo and Richard Oduor Oduku, how they had got Jalada together by talking through all the issues first. So I just starting chatting online with the group, and all those good people who formed the Awards Discussion Group came on board. At first its was difficult. We all came with assumptions about how it would work and insecurities. Sometimes it seemed like we had all agreed only to have that agreement unravel. We took the discussion out of the open reading group and made it a private message group but it never got too heated... the odd hot moment. But we came up with some lovely stuff. The definitions of different kinds of Africans. The realisation we didn't want a panel of experts choosing for us, nor did we want a fan voting award like the Hugos, which had been in trouble.

I really really wanted it to be in the gift of the African Fantasy Reading Group – but I had to admit that even in my view the Nebula Awards which allow the writers to nominate and then to vote the winners seems a really good model. At that point we all got excited about the possibilities of a pro and semi-pro African SF body in terms of other things that are needed. Like. A really good critical review of Arican SFF. Like, an outreach to French, Portuguese, Arabic SFF and most especially to local language SFF. The conversations were thrilling because you could really feel the whole thing come together. Yes! This is going to WORK! The other thing was sending out the invitations to get a solid core of invited members to make sure that there really WAS an society... though it was the needs of the URL that finally settled the name. The other great moment was when we saw Stephen Embleton's designs for the leaflet and website and thought YEAH. And the the thrill when Ivor Hartmann told us Tom Ilube had promised four years of prize money. So many exciting, fun, moments. I'm an old guy and I'm really lucky to be part of something this enrolling at this stage of my life. 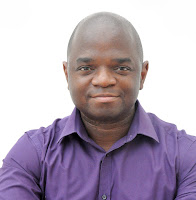 Tade Thompson: I just took a look at the original Nommo Awards discussion and there are over 3500 messages. A lot of people contributed including Wole Talabi, Masimba Musodza, Shadrek Chikoti, Ayodele Arigbabu, Mame Diene and more. Sometimes individuals had to take a time out from the discussions (I know I did), and others did not return. It's not an easy thing to come to a compromise. I don't see the heated nature of the discussions as a negative thing. To me it meant everybody was thinking and voices were not being silenced. One of my concerns was for the prize to avoid funding from the West, for example. Piper, tune, you know what I mean. The definition of what was an African we found particularly problematic. Hopefully, we've come up with a working definition.


ND: What makes African speculative fiction unique, in your opinion? I've found through my editing that Africa's rich oral tradition of telling folk stories has a habit of creeping in and flavouring rather beautifully. This was particularly apparent when I was working on SSDA's Terra Incognita anthology.


GR: God, so many things make it unique... its relationship to the West, its relationship to the traditional cultures, the fantastic cultural diversity. The power that comes from being where the action is... that's where the novel goes always, and Africa is where the action is right now. In the West people explore tensions between conflicting ways of being like religion VERSUS science. In Africa monotheism, trad beliefs, science all share the same space like butterflies on a bougainvillea. It's about overlap and co-existence, not stress. Also Africans in our out of diaspora just do not do genre.

They write crime and fantasy, paint, make films, graphic design, are in a band and they do it all well.

The great untapped source of voice, difference, interest is language. Africans have just his second stopped looking to the West for validation, writing in a style that the West can understand. Stay tuned for flavourful prose more related to Sheng, Pidgin, Kiswahili or translations into English form material imagined in the language of the people who live it. So, language, which in the end equals diversity. 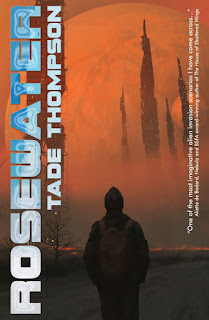 TT: From my perspective, developing African SFF needs at least three elements: Respectable awards, a tradition of magazines to serve as venues for emerging talent, and a healthy publishing industry. Omenana (to me) opens the magazine tradition up. The Nommos should help give people something to aspire to.

The ASFS helps to unite people like you, Nerine, and Chinelo for example, who have been fighting individually to raise the SFF profile on the continent. I think together we can get more done.

To me there should not be "African" sci-fi/fantasy any more than there should be an "African" writer. None of those qualifications should be necessary. We are just writers of SFF who have a relationship with the continent. Individually, we often have relationships with other places as well (for example, I have equal roots in South London). There is also a conflation of African SFF with Afrofuturism that I see sometimes in articles, blog posts etc.   They are not the same thing, although there are areas of intersection.


ND: What are some of the long-term goals you foresee for the ASFS and speculative fiction on the continent in general?


GR: An anthology of nominated works. A programme with the French, Arabic, Portuguese and local language worlds. Publications in Luo on one page facing the page of English translation so that local languages can be sold bound in with the English. An expanding awards programme to recognise the outstanding auteur cinema springing up outside and maybe inside Nollywood. A searchable database of published novels, stories, graphic novels. A programme of Wikipedia maintenance to keep everybody's bios and bibliographies available and accurate. Programmes to encourage developing writer. BUT ABOVE ALL ELSE. Developing the audience in terms of both numbers and its expectations. Giving African writers Africans to write for, in genres that are controlled by African readers. So I hope the pros don't leave behind the 1000+ African Readers on Facebook. I hope both groups grow together, readers and writers. They are on the same side. 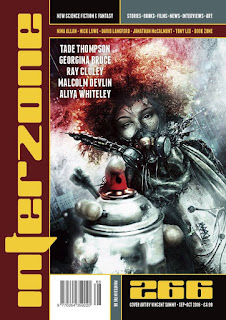 TT: African speculative fiction or African Sci-Fi/Fantasy isn't unique. It is writers exploring the imagination and writing fantastical fiction either emanating from science or the mystical (or both), taking their environment and cultural reality into consideration. This is exactly what SFF writers do everywhere. In this regard, there is no difference between Nnedi Okorafor, Aliette de Bodard and Cordwainer Smith. That the cultures from which the writers emerge have differences does not matter.  Storytelling differences can reflect cultures, but that's to be expected. When I started reading Haruki Murakami my mind all but exploded. I never thought, though, that I'm reading "A Japanese Writer". To me part of the job of the ASFS is to demonstrate that we're here and we're like SFF writers everywhere, to bring fucking quality to the party, and mindpain to the haters!

GEOFF RYMAN is senior lecturer in School of Arts, Languages and Cultures at the University of Manchester. He is the author of several works of science fiction and literary fiction as well as short stories author and an interactive web novel. His work has won numerous awards including the John W. Campbell Memorial Award, the Arthur C. Clarke Award (twice), the James W. Tiptree Memorial Award, the Philip K. Dick Memorial Award, and the British Science Fiction Association Award (twice) and the Canadian Sunburst Award (twice). In 2012 he won a Nebula Award for his Nigeria-set novelette 'What We Found'.  His novel AIR was listed in THE GUARDIAN's 1000 Novels You Must Read. 253 is listed by Carmen Maria Machado on the GRANTA website as the best book of 1998.

He has a Leverhulme International Academic Fellowship to research the rise of science fiction and fantasy in Africa.  He also organises two reading groups of mainstream African Fiction, both called ARG!  One meets in London the first Sunday of every month 4.30 pm at BOOK AND KITCHEN bookshop. The Manchester Group meets the third Tuesday 6.30 pm at HABESHA restaurant.


TADE THOMPSON lives and works in the south of England. His background is in medicine, psychiatry and anthropology. His first novel MAKING WOLF won the Golden Tentacle Award at The Kitshies. His most recent works are the short story THE APOLOGISTS in Interzone #266, DECOMMISSIONED in the NewCon Press anthology 'Crises and Conflicts', and the novel ROSEWATER from Apex Books.

Posted by nerinedorman at 12:24 PM