This isn't the first time Richard Godwin's visited my spot, and I hope it's not the last either. Today we're chatting about his most recent release, One Lost Summer. So, welcome, Richard. Tell us a little more about Rex Allen. What does this "star quality" he finds attractive in women stem from and why is he drawn to it? 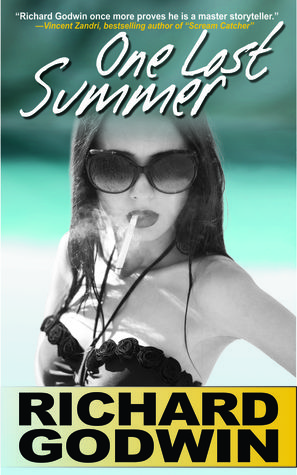 Rex Allen arrives in a new neighbourhood in a heat wave, clearly a troubled man. When Evangeline Glass invites him to one of her summer parties he becomes obsessed by her. He is convinced she is someone other than the person she pretends to be. He is fixated by her star quality.  I will let Rex tell you in his own words, since the novel is narrated by him:
"Stars have a rare quality, an ability to take away the smallness most men feel. They’re more corrupt than us, but the corruption is better hidden, and their appeal is a lie, the biggest drug you will ever know."

And, without giving spoilers, tell us more about Evangeline. What does Rex hope she sees in him?

Evangeline is extremely beautiful and alluring. She is married to Harry, possessive domineering Harry who has a dubious past, and she throws parties every week one summer while London blazes in a heat wave. The novel is set in Shepperton, an area just outside London, close to the famous Pinewood film studios. Evangeline is extremely confident and already a star among her friends. The things she is hiding are not the things Rex thinks she is. It is not so much that Rex hopes she will see anything at all in him, he describes himself as a "an empty proposition, plundered and lost", but that he thinks she is someone else, and it is that other person he is trying to reach through her.

How does Rex (or even does he) justify spying on Evangeline? Are there any insightful incidents you can relate here?

Much of the novel is about the irrational inside peoples' lives. I believe that despite our improbable rationalism and reliance on a scientific paradigm in the modern era we are still driven by irrational urges. Rex has to spy on Evangeline, he would even say she asked him to do it because she is addicted to attention. Again I will let Rex answer in his own words:

"I can say now I hadn’t planned the purchase. But that day the sound started again. It was as familiar as an itch. It wouldn’t stop. It was like a million cameras on a photo shoot. It was incessant, nagging, and I knew it wouldn’t let up until I stood one step away from the world.

That afternoon I ordered the Red One Mysterium X cinema camera. It shot at 4k resolution and would provide the kind of quality I needed."

The press release tells me that One Last Summer is haunting. What makes it so, in your opinion?

It is haunting in the sense that Rex is haunted and he is trying to find his way back. The novel is imbued with the lingering scent of a familiar perfume that evokes sudden memories. Perhaps also the style in which it is written:
"I zoomed in on her, caressing her skin with the lens. I entered her world like a hummingbird penetrating a flower, my heart beating like rapid wings. She existed in my watchfulness and awoke my desire."

Is there a particular scene that stands out for you that best portrays the relationship between Rex and Evangeline?

There are a few, because much of the novel is the drama played out between them as they hold clandestine meetings and she acts out Coral for him, in the process discovering herself.  There is a key moment in the novel when Evangeline begins to ‘get’ Coral and doesn’t like it:

She stood up and walked over to me. She laid a warm hand on my shoulder and seemed to be trying to penetrate me with her green eyes.
“It’s as if you want me to pour out some hidden content of my being. You need to tell me about her, Rex, tell me about Coral.”
“She is beautiful, sensual, men desire her, and she exploits her beauty to get what she wants.”
For a moment I thought she saw the camera. She turned and looked at the dresser, then walked to the window.
“And what does she want, Rex?”
“Everything, Evangeline.”
“I see her as corrupt.”
“She may well be.”
“Because you’re corrupting me by doing this, that is what this is about. It’s like you want me to be aware of sin.”
“You’re already aware of sin when you see Michael.”
“It’s just an affair, Rex, a simple matter, unlike this. I leave him behind when I return to Harry.”
“I’ve seen you at your parties, Evangeline, you’re playing a role.”
“No, that’s what you want me to do.”
“You’re the Evangeline that Harry wants, but what about the other one?”
“There isn’t another one. You’re talking about that bitch Coral.”
As she invented her, so she found her. I knew she’d fit the part.
She left at four. I let her keep the outfit.


You can find out more about Richard Godwin at his website.
Follow him on Twitter.
One Lost Summer is available at all good retailers and online at
Amazon.com, Amazon.co.uk, The Book Depository and Waterstones. 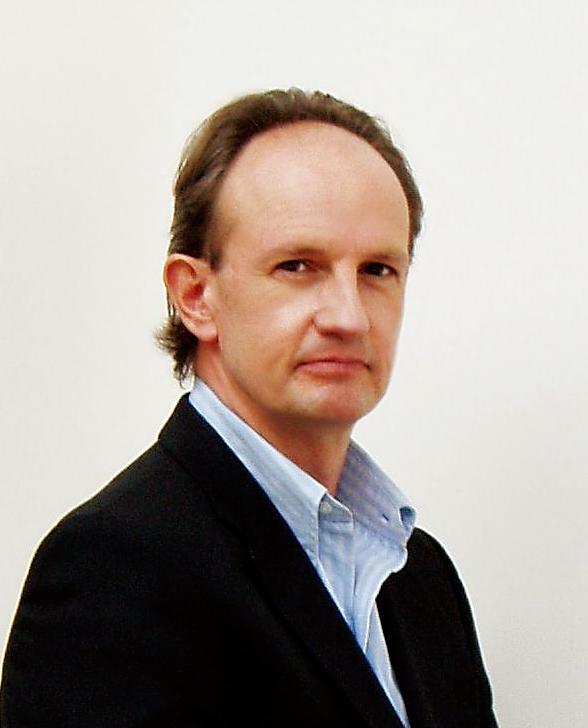 Richard Godwin is the author of critically acclaimed novels Apostle Rising and Mr. Glamour. One Lost Summer is his third novel. It is a Noir story of fractured identity and ruined nostalgia and available at all good retailers and online here.

He is also a published poet and a produced playwright. His stories have been published in over 29 anthologies, among them his anthology of stories, Piquant: Tales Of The Mustard Man. Apostle Rising is a dark work of fiction exploring the blurred line between law and lawlessness and the motivations that lead men to kill.

Mr. Glamour is about a world of wealthy, beautiful people who can buy anything, except safety from the killer in their midst.

Richard Godwin was born in London and obtained a BA and MA in English and American Literature from King's College London, where he also lectured.

You can find out more about him at his website www.richardgodwin.net, where you can also read his Chin Wags At The Slaughterhouse, his highly popular and unusual interviews with other authors.

Posted by nerinedorman at 10:31 AM