Pay It Forward: It Takes a Village to Sell a Book by Paula R Stiles #guest 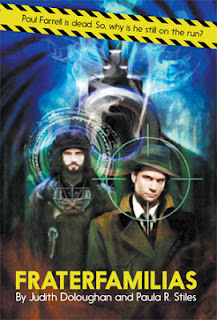 Today I welcome Paula R Stiles, editor and author... Over to you, Paula!

As the editor of an online horror zine and micropress, Innsmouth Free Press, I'm on a lot of social networking sites. Naturally, most people posting on them in the writing field are looking to sell something – namely, books and magazines. Stephen King wrote in his excellent book, On Writing, that any new writer who wants to succeed should build up a peer group of other writers at about the same level, as a mutual cheering squad. I would argue that you also want to hang out with writers far ahead of you and writers just starting out, but his advice, in its basic principle, is sound. Writers are a valuable resource for each other. Too often, it's one we squander.

I often see complaints about writers doing “favors” for each other, as if it's a bad thing. I've been advised not to do reviews (I do them all the time), not to “pimp” myself out for blurbs (I do them all the time, too, if someone asks), not to “like” other writers on Facebook and other venues (Ask me and I'll do it). I see a lot of debate about what constitutes a “meaningful” review, a “good” blurb (Hint: A blurb is not the same thing as a review), whether “liking” someone on Facebook is good promotion or just a high school popularity contest. The simplest, quickest answer to this is: Good promotion is whatever sells your book. 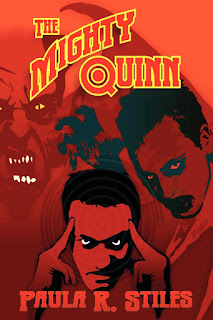 Why should you do these favors for other writers? Aren't they fake? I would argue that no, they are not. Writers interact with two main groups in their audience – other writers and readers. Writers have a direct influence in that they write their own work and are usually more willing to donate money to fundraisers for magazines or buy other writers' books. Readers are like the lurkers on a message board. They don't directly participate, but they influence the conversation by hits on sites, comments on posts, books and magazines that they buy. You want a mix of both and you'll want to talk to both on a regular basis. Writer friends are great and most obvious in their support, but loyal readers are gold.

How do you win over fellow writers? By exchanging favors (more like promotional tasks) with them that you can't do on your own. You're all there to sell books and you don't have to stomp all over the competition to do it. Playing nice is, of course, altruistic and the right thing to do (as your mother would tell you), but it also has practical advantages. It's all very well to complain about that person who is out there hustling books all over the place (Nobody wants to be that jerk who has nothing to contribute but a commercial), but your book does need to get out there and nobody is obligated to put it out but you. Authors who write the thing and then sit back, expecting the world to beat a path to their door, are lazy jerks who are expecting everyone else to do all the work of promoting it. Uh-uh. You're the one it matters to the most. You promote it. 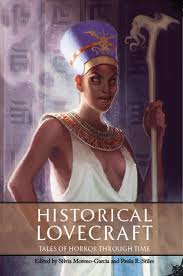 How do you win over readers? By writing great books they want to read, of course, but also by treating your audience well, both fellow writers and readers. You don't have to give in to every demand from your audience, but you shouldn't be a jerk, either. Sure, there are jerks who write well and succeed, but there are a lot of books out there. And your audience can always go with someone who writes just as well as you do, but who isn't a jerk.

Group promotion is especially important for anyone outside of the main publishing industry. I don't just mean the big New York publishers. I mean anyone outside of the United States. Canada and Britain are fairly well-connected to the American publishing industry, albeit not in a way that favors regional or ethnic authors very well, but Australia, China, India, Africa? Not so much. In fact, one could say that these regions are almost invisible to American audiences unless they shout – and individual writers need a collective voice for that, even in this day and age of the Internet. 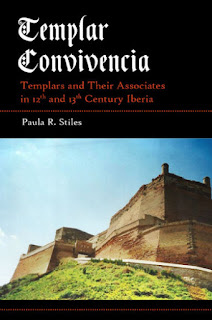 Readers, meanwhile, just want to know what there is to read and whether your book is worth checking out. Whether or not the review is “nice” is beside the point to them (So, guess what? Writing a nasty review about a competitor's work to sabotage them will only backfire on you). Think how you determine what you want to read. Do you use a review that is always positive and upbeat, or do you use a review (negative or not) that tells you what you want to see in a book? The answer is the latter.

A positive review makes a writer feel better, but an informative review, positive or negative, sells the book. Some readers even prefer harsh reviews because they provide more detailed information that the reviewer marshals to make his/her points about the book. Just because the reviewer didn't like it doesn't mean a reader checking out the review will feel the same way. And uninformative negative reviews of the “It sucks!” variety tend to be just ignored. So, a review that makes you go, “Ouch!” can still sell your book. Keep that in mind the next time you see a critical review and then stifle your angry retort. That reviewer is doing you a favor.

BIO
Paula R Stiles is a random citizen of the world who has sold SF, fantasy and horror to Strange Horizons, Writers of the Future, Jim Baen’s Universe, Arkham Tales, and History is Dead, among others. She also has published a cowritten mystery/SF novel, Fraterfamilias, and a non-fiction book of medieval history, Templar Convivencia: Templars and Their Associates in 12th and 13th Century Iberia. She edits the Lovecraftian online zine and micropress, Innsmouth Free Press, for her sins (which are many). Her urban fantasy novel, The Mighty Quinn, has recently been unleashed by Dark Continents onto the world. Your latest flu shot won't help. You can find and berate her at: http://thesnowleopard.net.

Posted by nerinedorman at 12:43 PM