Mummies in Newcastle upon Tyne 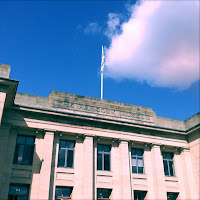 Icy Sedgwick is one of my favourite people. Not only do we share a love for the written word, but we agree that ancient Egyptians, and mummies in particular, make fascinating people with whom to have tea. Of course Icy gets more time to visit with our old friends than I do, so today I'm handing over my blog to her so she can chat about her most recent expedition. 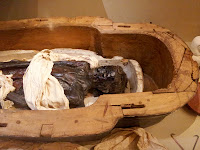 As fascinating as the Egyptian gallery is, the mummies always take centre stage, and I’m glad that these women now have their real names as they reside in this cold city that lies over 2,600 miles from their homeland. 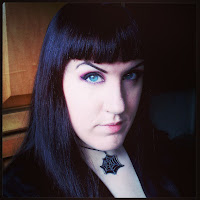 Icy Sedgwick is a writer and film academic who lives and works in Newcastle upon Tyne in the United Kingdom. She’s been fascinated by ancient Egypt since she was eight, and her next book is a retelling of The Sorceror’s Apprentice, substituting brooms for mummies. She often features mummies in her Friday flash fiction, including No Flash and Sand and Snow.


Posted by nerinedorman at 2:55 AM