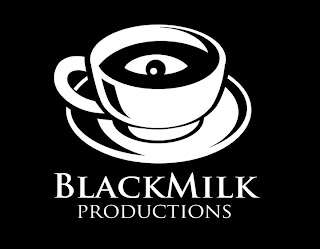 ...to bring you the trailer for the latest BlackMilk Productions trailer for Anna, their latest offering due to premier at the South African HorrorFest in October.
Posted by nerinedorman at 12:11 PM No comments: 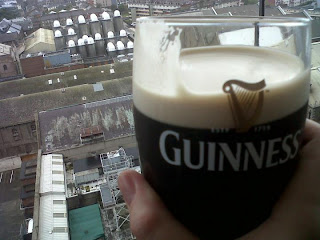 No surprises, it was raining when we woke on Sunday morning. I totally overslept due to completely not setting my alarm properly. But that was okay at the end of the day. Danny, Sheldon and Helen were still having breakfast so I gulped down copious amounts of tea and assorted yoghurts, nuts, croissant, eggs and toast--then we braved the cold.
To be honest, it isn't that much more cold than Cape Town during winter, so the weather didn't really bother me. We walked a bit to where we could catch the Dublin Bus Tours, which is the hop-on, hop-off bus that drives a circuit through the city to the majority of its sights. And it's worth every euro for this. If you're here, DO invest in a ticket. It's going to save your life--and your feet. Plus, if you're lucky, you'll get a smart-mouthed bus driver who'll tell dirty jokes.
We first drove the circuit and got an idea of where everything was situated. Then we went to the Guinness Storehouse where we climbed all the way to the top to have our pint. The Gravity Bar gives an awesome, fantastic view of the entire city. And I had my first proper pint of Guinness, which is rather nice.
Plainly put, the Guinness brewery is huge. I cannot remember how many millions of pints it puts out daily but the amount is staggering. It makes our little SAB brewery in Newlands look like a baby. But ja, if you're a fan of the "black nectar" as it is called, the Guinness Storehouse is a cathedral devoted to the liquid. For me it was just a total treat to see the panoramic views of the city from the top.
What I love about Dublin is its architecture, which combines everything from the gorgeous Gothic styles of its cathedrals and churches, to the many Georgian-era buildings. Window boxes and hanging baskets are filled with colourful flowers this time of the year. And there is not a scrap of litter to be seen. The locals are super-friendly and if they see gormless tourists looking lost, they're quick to ask where you want to be and to give directions.
Lunch we had at one of the restaurants at the Storehouse, a surprisingly good buffet with poached salmon and a selection of fresh salads. Salmon is very common in Irish menus, so for folks like me, who don't see all that much of it in South Africa, it was a treat. I've been eating fish pretty much my entire time here.
Afterward, Danny and I (the two sub-editors/crazy ladies) eventually decided to see the Dublin Writers Museum--the whole being a wordsmith thing. The exhibits were just enough to whet my appetite to delve into Irish literature, which is very much tied in with the history of the country. We didn't see the whole museum as it was closing time and we were in need of a bath, so we waited for the bus then headed back to the hotel.
Feeling much fresher, we caught a taxi later to the Temple Bar in the Arlington Hotel, to take in a show and a meal. The crowd was mostly tourists, from countries such as France, Ukraine and a lot from the US. To think that a few years ago we'd never admit to being South African! How much has changed.
The Irish band that played was very slick and, while I would have loved to have heard more traditional reels, they took requests from the audience. Don't laugh. Someone requested Molly Malone (and yes, I died a little). After the band came the dancers, who were, likewise, also slick--delivering a lovely Riverdance-styled show. Very energetic and very rousing.
We were quite merry by the time we returned to the hotel but gosh, was I tired. All in all, I didn't realise how quickly the time would pass. I'd have loved to have gone to more of the destinations in the city, to its numerous museums and art galleries, but there simply wasn't time.
Dublin is a magical city with many wonderful places to spend time exploring. You need at least a week here and you will still only have scratched the surface. Thank you to Tourism Ireland for giving me the opportunity for this small taster.
We plunge into the countryside next.
Posted by nerinedorman at 12:05 AM 3 comments: 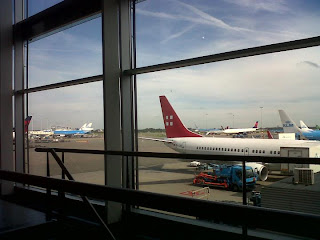 It was with some trepidation last night that I boarded the KLM flight to Amsterdam. How the hell was I going to survive 12 hours in the air? I needn't have worried. The cabin crew made sure that even economy class wanted for nothing. And can I say it? Oh my, smoked almonds.
Even better, I didn't have any snorers and I did sleep a little.
Schipol is BIG. Then again, I am a South African who's on her first trip to the northern hemisphere. Everyone was very friendly and I found the rest of my group (they'd flown up separately from Jozi) and what did we do? We ended up in an Irish pub in Amsterdam. Go figure.
And that first 500ml Crossbow cider went down mighty fine.
One highlight of the airport (not that airports by their very nature have highlights) was that I saw the Schipol Rijksmuseum that had an exhibit of Dutch girls. Now I understand why the Dutch were considered the masters of portraiture and landscapes during the 17th century. And while I've seen a few masterpieces in South African art galleries, this small taster of what can be found in Amsterdam proper makes me fiend for the day I can haul the DH to Europe with me on one of these trips.
Our flight to Dublin, courtesy of Aer Lingus, was uneventful. I was a bit concerned at the strong winds we had upon landing, but kudos to the pilot. He did a bloody good job. And this is the Capetonian who's blase about the southeaster perking up about wind.
I watched some of the other planes land and they looked a bit like drunk geese caught in strong cross-winds.
It looks like what's happening in Cape Town's CBD is happening in Dublin too. A LOT of revitalisation of the CBD with more public-friendly amenities. Public transport here rocks. South Africans who visit will probably have their eyes pop out of their skulls when they see how much everything costs--food and drink is quite expensive in the big hotels and restaurants.
But it's all worth it. I'm looking forward to tomorrow when we do our first tour of the city. Tonight we're just chilling out, going out for dinner in an hour or so and I'm heartily glad I've had my bath. I have cosy room in Jurys Inn, and it even has a slightly psychedelic carpet in the hallway outside my room.
Even better, I have wifi. I'm so not watching telly tonight when we get back. I may well edit. Yes, yes, I know I'm supposed to be on holiday but I can't help myself.
Posted by nerinedorman at 9:38 AM 3 comments:

Looking toward the future 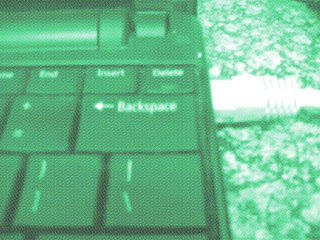 We all end up standing before a crossroads from time to time. That's life. Sometimes the shoes we're wearing don't fit so nicely anymore and it's time to find a new pair, or at least begin wearing in a new pair.
Three years ago, after I sold my first novel, I never dreamed that I would discover one thing I love as much (if not more) than writing my own novels--editing fiction--something for which many years in the media industry have prepared me.
I know there aren't a helluva lot of folks out there who wear both editor and author hat, but I gain so much satisfaction out of my authors' reviews as I do my own.
While I will still continue in my work as content/acquisitions editor at Lyrical Press, I have also started the process of setting up my own editing business.
The reason? I don't see myself holding my current day job--as that of a newspaper sub-editor--forever. Too much is shifting in the world of print media and, to be quite frank, if I don't branch out, I'll be sitting without a salary sooner rather than later.
The publishing industry is in a state of flux at the moment, especially print media. I've got a toehold in digital publishing and I intend to eventually make that jump to doing what I love full-time: writing and editing fiction.
Granted, I still need a roof over my head, so I'm not jumping ship until I know I can support myself, but this is my official heads up to let authors know that my services as fiction editor are available.
For those of you who're on Facebook, I have a page I've recently started, where I'll share some of my authors' releases, successes and reviews, as well as editing tips and resources I encounter in my daily trawls that I reckon are useful.
So, without further ado, here's the Creepy Green Editor. Do stop by and like the page. And if you'd like to chat to me about editing or manuscript assessments, feel free to message me or mail me at nerinedorman (at) gmail (dot) com
Posted by nerinedorman at 1:08 PM 2 comments: