News of a contest from Lyrical Press

The First Annual Lyrical Press How Lyrical is Your Romance? Contest opens on Monday, January 16th. This contest is open to both published and unpublished authors.
Entries must be complete works, ranging in word count between 15,000-100,000 words, any heat level, and fit into one of the following subgenre categories:
Contemporary romance
Historical romance
Paranormal or urban fantasy romance
Romantic steampunk
Romantic Suspense
Prizes:
1st Place: $200 advance and digital publishing contract (advance payable as $100 upon finalized contract and $100 upon publication).
2nd Place: $100 advance and digital publishing contract (advance payable as $50 upon finalized contract and $50 upon publication).
3rd Place: Top-scoring contestant in each genre category will receive an acquiring editor’s critique of synopsis and first 50 pages of manuscript.
Guidelines:
File type: .rtf, .doc, or .docx only
12pt black font (Times New Roman, Cambria, Courier or Georgia preferred)
Line spacing: 1.5
Margins: 1" all
Page-breaks between chapters
Please include a title page listing the following information:
Legal name
Pen name
Email address
Contact phone
Working title (include series name and details if applicable)
Word count
Genre/category
Entries will be accepted from January 16, 2012 through February 5, 2012, and must be emailed to contest@lyricalpress.com. Entries sent to an email other than the aforementioned will be ignored. Please include book title and contest in subject line thusly: Booktitle – How Lyrical Is Your Romance?. Attach full manuscript, and 2-5 page synopsis in .rtf, .doc, or .docx format (Booktitle_MS and Booktitle_SYN as file names--your book title replaces “Booktitle”). After February 5, the contest will close, but we’ll still be accepting submissions as always at our submissions@lyricalpress.com address.
No entry fee required. Judges reserve the right to Decline to Judge any entry if it does not fit our lines, level of writing is not acceptable, or submission guidelines are not followed.
Entries will be judged on the following criteria: Hook, Pacing/Plot, Characterization, Dialogue, Mechanics, and Author Voice.
Winners will be announced on March 12, 2012 via our blog http://lyricalpress.blogspot.com/ and direct emails to winners.
Posted by nerinedorman at 9:50 PM No comments:

Sara stops by my spot 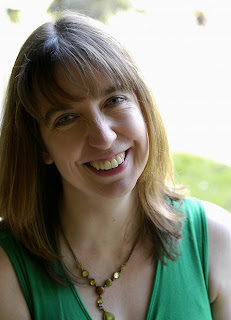 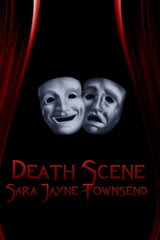 It's all about image 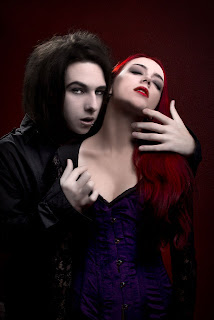 I'm very fortunate to be part of a burgeoning creative scene here in Cape Town, and was honoured to work with the very talented Leon Visser on the cover art for my upcoming Lyrical Press release, What Sweet Music They Make. We had a fun-filled day shooting with our two lovely models, Lohan and Anika then chose the two images we'd work with. It's good to have options. And it was a difficult decision at the end of the day, because both images had their charms.
Posted by nerinedorman at 9:43 AM 1 comment: