Blowing a Fuse with SA Partridge 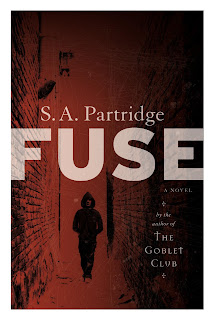 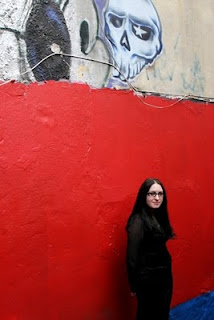 I'd like to introduce South African YA author SA Partridge, whose novel Fuse has been available for a while locally. I first encountered her writing when The Goblet Club was released, and have enjoyed her stories, which are told with great honesty and authenticity. She is never condescending toward younger people, and perhaps this is what is so appealing about her novels.

This month I'm giving away a copy of Fuse to the first person who can email me at nerinedorman@gmail.com and tell me what the names of the two brothers in Fuse are. Please write "Fuse giveaway" in the subject of your email. I don't mind mailing overseas, but please allow some time for delivery, as it will be surface mail.

* * * *
You make mention of the Columbine school killings in Fuse. Since the tragedy in Columbine, South Africa has also had a widely publicised school murder. Did this incident with the "ninja killer" influence your writing of Fuse at all? And, if so, how?

Morne Harmse was the sole reason I started writing Fuse in the first place. I was so angered by the way the media were carrying on about the incident, making all these false connections to Satanism, heavy metal music, mental illness etc.

No one seemed to give much thought to the real issues behind the scenes, like bullying, child abuse, depression. I wanted to write a story about how someone becomes a “child killer”, focusing on the characters as real people whose actions are driven by what has happened to them.

It took me four months to write the book. I just kept writing and writing, and eventually what turned out was a complete novel. It was quite crazy.

If you had a chance to speak with your protagonists, Kendall and Justin, while they were on the run, what would you say to them?

I have no idea what I’d say. They were in such a crazy situation by that point that I don’t think any advice would have helped.

What sort of feedback have you had from teens since Fuse's release?

A bunch of kids who acted in The Goblet Club play (Gif) were at the launch of Fuse and their consequent feedback was very favourable. I’ve had kids tell me they relate to the character of Kendall. I’ve had kids tell me that Kendall was too “girly”. Everyone seems to experience the book in their own way, but all seem to go back to their own school years while reading it, which I think is an indication that I did good.

What sort of influence does belonging to a subculture have on a teen? Can this ever be harmful?

I think as soon as someone has to behave in a certain way in order to belong to a certain group leaves room for danger.

Do you have any advice for anyone who wants to write novels, especially in South Africa?

Just write, and don’t pay attention to what anyone else says. If its good someone will pick it up. And finish what you started. So many people start writing a book but never finish.

Care to spill the beans on any future projects?

The first in a series of books about a strong female character is coming out next year. I like to think of it as the anti-Twilight series.
* * * *
Buy Fuse here: http://www.kalahari.net/books/Fuse/632/34589816.aspx
Posted by nerinedorman at 7:19 AM 2 comments:

So, this author (speaking of herself in third person) is able to brag another four-star review, this time from Bitten by Books, whose reviewer says: "Jamie is the anti-hero: he’s rude, crude, obnoxious and yet the whole time I was reading this story I was cheering for this guy because for every nasty act he committed, he would demonstrate some kindly deed, sometimes for people he knew well but more often for others he either hardly knew or despised."
Go read the review here: http://bittenbybooks.com/?p=23785
The author is happy to have spread some "light horror". Heeeeeee.
CALL FOR SUBMISSIONS
Now, wearing the editor hat, I'm on the look-out for Titanic-inspired submissions, seeing as the ship would have sunk almost a hundred years ago and it's the kind of disaster that lends itself to all genres.
http://nerinedorman.blogspot.com/2010/05/call-for-submissions-titanic-inspired.html
LASTLY...
I'm tired of working for the newspapers. I'm also tired of hearing people complain they can't read my novel onscreen. Well, you don't have excuses. Go buy Khepera Rising in print so I can retired and bring you more where this novel came from. You know you want to.
http://www.amazon.com/Khepera-Rising-Nerine-Dorman/dp/1616501669/ref=sr_1_1?ie=UTF8&s=books&qid=1276114798&sr=1-1
Posted by nerinedorman at 1:18 PM No comments: