A few years ago I picked up a copy of The Song of Achilles, by Madeline Miller, and having read and enjoyed Mary Renault immensely, I was hooked immediately – it's my opinion that Miller is Renault's literary heir. Miller not brings ancient Greece to life, but she populates it with gods and mortals in a hypnotically lush narrative. When Circe came out, it was a no-brainer – I immediately bought a print copy for my permanent collection. 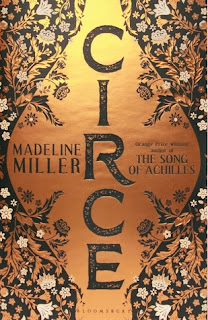 While you needn't have read The Song of Achilles in order to follow the events in Circe, a basic understanding of the Greek myths will most certainly enrich your reading experience, and chronologically speaking, the books do in a way follow on from each other.

Circe is a daughter of Helios, the sun god, but she's despised by her kin. She's nothing special to look at, compared to them (though mortals will still find her bewitching) and she hasn't exactly been gifted with a divine voice either. Not quite divine to please her fellows, she isn't mortal either – and exists in a liminal space between the two states. And though she has no innate powers like other gods, she has something else that is forbidden to them – the power of witchcraft. The gods' static, decadent world holds no allure for the young nymph who grasps after personal sovereignty. And she is punished for her efforts.

While most could create a herbal poultice or tincture, Circe's creations are powerful elixirs that can bestow divinity or even turn men into swine. Yet this is not enough to pardon her for a perceived slight against the gods, and she is banished to the isle of Aiaia. Readers might make the assumption that a novel that is mostly set on an island for the duration of the main character's exile would be dull, but nothing could be further from the truth. There are gods and monsters, and oodles of betrayals and intrigue – as one would expect in any good Greek saga.

Both mortals and gods have a habit of straying into Circe's domain, and her weavings entangle a fair few. A key theme of this tale focuses on transformation, of self-realisation. Those who may be fair of face harbour monsters in their hearts, men's true, bestial natures are revealed when they partake of particular herbs, and Circe eventually realises her destiny – though the route she walks towards this moment of self-realisation takes requires many years and both sorrow and joy.

This is a story carrying a powerful message of feminine power wrested from a male-dominated world, of embracing a Promethean path despite it being fraught with risk. Circe might not be physically strong, but she is cunning and subtle, and watching her grow into herself is a a wonder to behold. Miller's writing is filled with rich descriptions of environment, redolent with emotion, and she adds to the incredible body of work inspired by and based upon Greek mythology. Circe will not only please long-time readers of historical fantasy, but also those who are looking for a tale that appeals to the heart, that's filled with magic and a sense of wonder.

Posted by nerinedorman at 11:37 AM No comments:

Farewell, to my editor and teacher, Storm Constantine

I cannot even begin to explain how wrenching it is to have to turn over these thoughts. The unreality of the news that I received late on Friday the 15th of January absolutely gutted me. And yes, there were ugly tears. I'm still tearing up right now writing this. My editor and literary guiding light Storm Constantine passed away on January 14, at the age of 64 after a long illness. 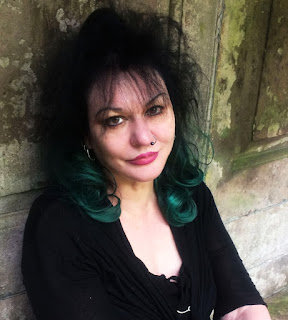 If I'd had the Field Guide to Insects of South Africa by Mike Picker, Charles Griffiths and Alan Weaving when I was younger, this may have set me off down yet another rabbit hole in terms of amateur nature conservation. And despite the bewildering array of bugs, beetles, mantids and more that stalk between these pages, Insects is nonetheless presented in such a way that it is a handy guide to quickly identifying most of the creepy-crawlies you may encounter both at home and on your travels. Which is incredibly useful to someone like me who knows next to nothing about them.

For quick reference, simple line drawings on the inside front- and back-covers help you decide whether you're looking at a mayfly or a cricket, after which you can page to the relevant section where clear photos and descriptions, along with range maps help narrow things down further. An introduction gives the basics for those who are new to delving deeper into the subject, not only brushing on the importance of insects and their defining characteristics, but looking at their life history and distribution patterns. A nice touch is also a glance at observing and collecting insects, including methods for capture, but also tips for preserving and presenting them and even photographing them. So this is very much the sort of book I'd gift to budding entomologists.

Due to the vastness of the subject matter, it's simply impossible to for the authors to go into exhaustive detail about every single species out there while still having a book that can be packed in for a trip, but they do touch many species and mention, when applicable, that there are other, similar types creeping about if they don't have their own, discrete entry. This book is absolute gold, and has a permanent spot in my collection. If you love nature or gardening, Field Guide to Insects of South Africa is a must.

Posted by nerinedorman at 12:42 AM No comments: