Call for Submissions: Meet me at Dusk 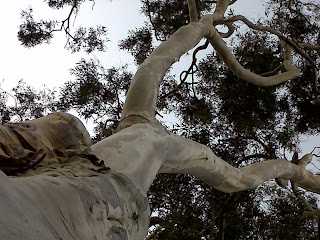 And *drumroll please* Here's my pet project, indefinitely, under the theme of Meet me at Dusk. Yes, it's all about dark fantasy.
As Edgar Allan Poe once deep into darkness peered, to wonder, fear and doubt, he also dreamed dreams no mortal ever dared to dream before. And Nietzsche, while warning against hunting monsters, was quite fond of that abyss which gazed back.
The light of our hearts' delight can only shine sweeter against a backdrop of despair. Darker stories swirl and fester in the midst of the mundane; mysterious creatures prowl at the edge of awareness to seduce and devour.
Conflicts bleed into our world, to snare unwary mortals; tantalize us with hints of magic and enigma beyond our ken. Love is lost and found, empires rise only to crumble, and few dare to step beyond the threshold.
Did you grow up reading Poe, Burroughs and Lovecraft? Do Neil Gaiman's Neverwhere and The Sandman graphic novels languish on your bookshelves next to Poppy Z Brite's Lost Souls and Storm Constantine's Wraetthu novels? Lyrical Press is looking for works of dark fantasy that explore the contrasts of modern urban living with that of the supernatural, expressed in a gritty tone redolent with pop culture references and noir elements.
See the submission guidelines at http://www.lyricalpress.com/submissions.php and email nerine@lyricalpress.com with your query.
Posted by nerinedorman at 6:10 AM 2 comments:

I have my own Call for Submissions happening fairly soon, but I'm sharing the shout-out for one of my fellow Lyrical Press editors.
Lyrical Press is seeking gay, lesbian, bisexual, and transgender stories that are lightyears outside the proverbial box. Dark and stormy nights full of deep and steamy romance. Sleek and edgy sci-fi with savvy, sexy characters. Suave swashbucklers who capture more than ships—they capture hearts.
Lyrical Press is accepting all forms of LGBT, with a focus on romance and erotica. If you've got a story that'll steam up the windows and steal the reader's heart, we'd love to hear from you.
Sensuality level: All – with a focus on romance/erotica
Length: 30,000 – 80,000 words
Key Characteristic: Central romance must be LGBT.
Deadline: None
Please follow Lyrical Press' guidelines found here: http://www.lyricalpress.com/submissions when submitting. Send submissions to carinbrumal @ lyricalpress (dot) com.
Posted by nerinedorman at 5:04 AM No comments: 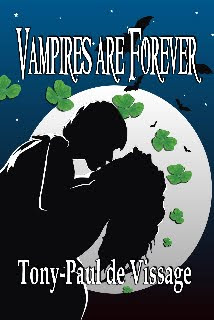 Dead in Time with Anna Reith 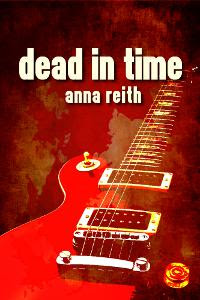 Well, some news from my side. What Sweet Music They Make got its arse submitted to my editor at Lyrical. Hold thumbs, cross horns or do whatever it is you do when you wish someone luck. In the meanwhile, here's the blurb:
Severin never exactly signed up willingly to number among the undead, and now he finds himself playing nursemaid to two younger vampires. Filled with a gnawing sense of dissatisfaction, he goes through the motions of pleasing his masters, and takes refuge in the music he makes.
Tersia has no idea how special she is to Cape Town’s shadowy undead lords. That is until a chance encounter at a gig with her Irish group leads her to cross paths with Severin, who fascinates her despite her initial misgivings. After all, she’s just had one disastrous relationship and she’s sure as hell not looking for another.
Severin finds himself a pawn, as always. And no one has shared the game's rules. Tersia offers him the opportunity to right decades-old wrongs and grab his destiny in both hands. Is he willing to take the chance or will he bow to his lord’s will? And will darkness extinguish Tersia’s bright flame for eternity?
Then, onto LINKAGES!!!
In which I apologise for the lack of communication... Kinda like Metrorail does for the inconvenience caused, only I didn't make you late for work.
http://nerinedorman.blogspot.com/2011/04/yeah-well-i-know-its-been-quiet.html
Then, in which I chat about the cover art for What Sweet Music They Make, and you get to see some of the fun, after-shoot visuals.
http://nerinedorman.blogspot.com/2011/04/sneak-peek.html
Toad's Corner features Singaporean urban fantasy author J Damask. Really, I well and truly fell in love with her wolves. If you want an Eastern adventure of mythic proportions, look no further than her tales.
http://houseoftoad.blogspot.com/2011/05/introducing-j-damask.html
This week also saw me featured at The Slaughterhouse. Do drop in for a bit of my views on the topics near and dear to my heart.
http://www.richardgodwin.net/interviews/chin-wag-at-the-slaughterhouse-interview-with-nerine-dorman
And last, but not least, I chat about the concept of the monomyth applied to plotting a novel. If you're an aspiring author, here's some advice I wish I was given when I first started out.
http://writeclubauthors.blogspot.com/2011/05/plotting-to-take-over-world.html
Posted by nerinedorman at 9:38 AM No comments: