Humans in a fascistic, militaristic future do battle with giant alien bugs in a fight for survival. 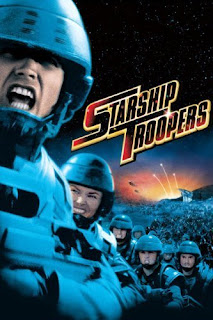 I admit freely that the first occasion I saw this film, I spent most of my time hiding behind the couch. I was squeamish, and I didn't (at that stage) handle gore all too well. (Also, I'd yet to see the Alien films, so I can be excused, I think.) I shrieked like a little boy with his willy slammed in a car door.

Pretty much all I recalled from the first viewing was a lot of gore, explosions and missing limbs. I didn't recall the satire too much. Granted, fast forward a good decade or so later, I find I was more fascinated with the social commentary than the action. So far as old SF films go, the actual production of Starship Troopers holds up well (and in fact better than the rejigged CGI for Star Wars episodes IV to VI). Perhaps it's because to a degree Starship Troopers still feels a bit old school that helps. Movement is also so fast in some of the action sequences that if there is dodgy graphics, it's over too quickly for it to be out and out annoying.

The characters are, for the most, forgettable and pretty much cardboard cut-out. There's the yawn-worthy prerequisite love triangle, the dick-measuring rivalry between two males, and it's all very much a much of a muchness. Nothing groundbreaking. Johnny Rico wants to go kill himself some bugs 'cos they blew up his home town. He'll break a few hearts along the way and inspire some others. Pretty much stock-standard hero's journey. I could probably check all the boxes if I wasn't so god-damned utterly lazy and ill-inclined to make the effort.

Two words, however: Clancy Brown. I love me some Clancy Brown. Pause a moment to bask in the gorgeous baritone of that man's voice.

What the director Paul Verhoeven says about society is far more interesting than the film's actual narrative. And the way he draws parallels between contemporary American society and Nazi Germany, though a bit heavy handed, are chillingly close to the bone. But that's about it. His motives are so dog-damned obvious it's kinda like getting slapped upside the head with a floppy bratwurst.

And I'm pretty sure your average movie goer won't have the socio-historic context to draw those parallels because they'll be too busy cheering on all the ultra violence. And gore. And missing limbs. And explosions and shit.

Sorry, I'm jaded. Social media has taught me much about the human race (which is probably why I live like a hermit at the bottom of Africa).

This is a solid piece of SF cinema, that's quite self-aware about its message. But it's not a film that's having me flail about in transports of joy. Most importantly, it didn't irritate me, like most films do nowadays. In hindsight I'm glad this film was made during a time when cinema wasn't overly reliant on CGI to make up for the deficits in most scripts nowadays. It means there's slightly more meat to the bone here. And Verhoeven had to pay attention to his work.

Will I watch this film again? Meh. Maybe. Will I tell you to? Meh. Was this eye-achingly awful? Nope. But it wasn't The Event Horizon, and nor was it Alien or Fire Fly, if you catch my drift – all of which I'll most likely revisit when the time comes.
Posted by nerinedorman at 1:47 PM No comments:

Dane Cobain has No Rest for the Wicked #guest

Today I hand over my blog to Dane Cobain, who's chatting about the books on his radar. Who knows, maybe you'll find a little something here to pique your interest – I've always maintained you can tell a lot about people looking at the books they read. 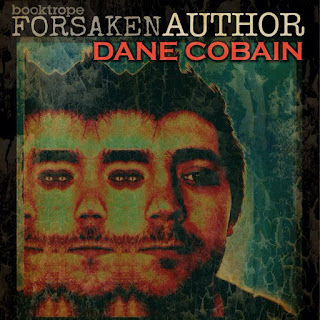 Hi, folks! My name’s Dane Cobain, and I’m the author of a supernatural thriller called No Rest for the Wicked and a book of poetry called Eyes Like Lighthouses When the Boats Come Home. Today, I’m stopping by to talk about something we can all enjoy – books!

I pick up books from an eclectic collection of sources, from charity shops, book exchanges, friends and birthdays to PR agencies, publishers and authors. The only thing that they have in common is that they’re all physical copies – I collect books, and I have around a thousand of them in my house, spread out across a couple of rooms.

So, without further ado – here are a few highlights from my ‘To Be Read’ (TBR) list!

Ray Bradbury
Here, I’m talking specifically about Fahrenheit 451, although I’ll probably move on to some of his other work afterwards. Despite this being a classic, I’ve never got round to reading it, which is a shame – it’s one of the more modern classics, but it somehow passed me by. Now that I’ve got a copy, I can’t wait to get started!

Stephen King
I have about twenty Stephen King books in my collection, and all of them have come from charity shops – I’m thinking about trying to pick up his complete bibliography without looking anywhere else. I’ve read four or five of his books, but I have at least a dozen more of them to get started on – I also have the first five books of the Dark Tower series, and so I should probably get started on that, at some point.

Hugh Laurie
You’ve probably heard of Hugh Laurie as either one half of Fry and Laurie or as the actor who played House in the series of the same name. He’s a talented man – he also makes music, and he’s published a couple of books. I’ve got The Gun Seller, and I can’t wait to get started.

Stieg Larsson
I recently read The Girl with the Dragon Tattoo, and I thought it was pretty good – good enough for me to pick up the other two books in his Millennium trilogy. Again, these ones are from charity shops – you see them everywhere.

R. L. Stone
When I moved out of my old place, my housemate was getting rid of a load of their old books, including their Goosebumps collection. I rescued them before they made it into the bin, and so now I have a collection of forty or so Goosebumps books to work through.

Oli Jacobs
Oli is a local author, and he performed at the spoken word night party that I held for the launch of Eyes Like Lighthouses When the Boats Come Home, my book of poetry. When we were there, he gave me a copy of one of his collections of short stories, which I’ll be reading and reviewing in due course.

George R. R. Martin
It took me a while to get round to reading the books that Game of Thrones is based on, and I didn’t watch the show because I wanted to read the books first. Now I’m powering through both – I’m just coming to the end of A Clash of Kings, the second book, and I’ve been waiting until I’ve finished reading it to start the second season.

Colin Dexter
Recently, I’ve been working my way through the Inspector Morse books, although not in any particular order. This is another author who’s all over the charity shops – I’ve read a couple of his books, but I want to finish the rest of them off.

Claire Riley
I picked up Odium, Riley’s zombie novel, at a book-signing event in the summer of last year. Somehow, I still haven’t got round to reading it, but I’m looking forward to getting started!

Gary Vaynerchuk
Vaynerchuk is a social media thought leader and an industry influencer. I went along to the launch event for his most recent book, #AskGaryVee, and my ticket came with a couple of free copies. I can’t wait to get started!

So now that you know which books I’ll be reading this year, I want to hear from you. Leave a comment to let me know what books you’re looking forward to reading, or tweet me (@DaneCobain) with your thoughts. I’ll see you soon!

About No Rest for the Wicked 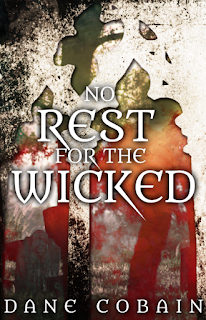 When the Angels attack, there’s NO REST FOR THE WICKED.
Father Montgomery, an elderly priest with a secret past, begins to investigate after his parishioners come under attack, and with the help of Jones, a young businessman with an estranged child, Montgomery begins to track down the origin of the Angels.
The Angels are naked and androgynous. They speak in a dreadful harmony with no clear leader. These aren’t biblical cherubs tasked with the protection of the righteous – these are deadly creatures of light that have the power to completely eradicate.
When Jones himself is attacked, Father Montgomery knows he has to act fast. He speaks to the Angels and organises a final showdown where he’s asked to make the ultimate sacrifice.

Dane Cobain is a writer, poet and musician from a place you've probably never heard of, somewhere in England. When he's not writing books, he's reading and reviewing them on his book blog - SocialBookshelves.com - or working at his day job in social media marketing. Find him at Facebook.com/DaneCobainMusic or follow @DaneCobain on Twitter.
Posted by nerinedorman at 11:35 AM 1 comment: