It's been a while since I've encountered space opera that has been so effortless to slide into, and Embers of War by Gareth L Powell has all the hallmarks of my favourite stories. Honestly, Powell had me at the 'sentient space ships' part.

Central to the plot is the sentient ship Trouble Dog, who is employed by the search and rescue organisation The House of Reclamation. She and her dysfunctional crew, who are still smarting from the war in which they all served, are sent on a rescue mission when a liner is shot down on a planet-sized alien artefact. Yet what starts out as a seemingly simple rescue mission turns into a fight for survival that sees Trouble Dog hopelessly outgunned and in dire circumstances. Not only that, but they need to discover who is willing to kill to protect a greater mystery.

Powell's tale-weaving is eminently more-ish, and while his world building doesn't make my head implode with strangeness, his writing is absolutely what I needed to read at the time – an adventure, personality clashes among characters, and some wonderful, clever little twists at times when I feared the worst. I'm totally on board for book 2, which is already burning a hole in my Kindle app.

Posted by nerinedorman at 11:18 AM No comments:

The AfroSFv3 anthology of short speculative fiction by a stellar array of African authors edited by the deft hand of Ivor W Hartmann has been burning a hole in my iPad awhile now, but I am pleased that I set aside the time to work through them. Many of the names are not new to me, and especially where stories have interlinked with previous works by the author, it's given me a deeper glimpse into their setting. As always with any anthology of short fiction, there will be some tales that work for me and some that don't. This is no reflection on the author but rather the reader, so bear that in mind. As always, I will recommend African speculative fiction for those who wish to step away from the usual West-centric fare out there.

Njuzu by TL Huchu takes a recognisably African culture off-planet, to a time where humanity has colonised hostile environments, and where customs have evolved. Yet what is universal is a mother's grief for her missing child, no matter how alien the landscape. Evocatively written, this story explores the subtle emotions and the bonds between people within a community, while at the same time dipping into how a mother comes to terms with her loss.

I'm no stranger to Cristy Zinn's writing, having edited her fiction on numerous occasions. The Girl Who Stared at Mars remains with the theme of bereavement, but blends it also with memory and the letting go of one's past. The African Space Agency is sending people to Mars, but this comes with a heavy psychological burden that the narrator explores – isolation being one of them. Zinn's writing is full of emotion, and is carefully nuanced, and asks some hard questions.

The EMO Hunter by Mandisi Nkomo explores a setting where religious zealotry is the order of the day. But what happens when a husband and wife are drawn down vastly different paths. People lie, and the outcome of Joshua and Miku's actions will be catastrophic – especially as Joshua spirals further into madness. Nkomo paints a disquieting world that drew me in.

Biram Mboob's The Luminal Frontier kicks off with a bang, as we join a crew smuggling contraband. Only if they jettison their cargo, they may be guilty of a greater crime. Yet the story takes us into a world where people live a virtual life as lively and 'real' as the one in meat space. The tension ramps up, and somehow the two realities blend. Mboob's ramping of tension is breathtaking.

The Far Side by Gabriella Muwanga is a story that had me on the edge of my seat as well. Mason needs to bring his daughter to the Lunar colony, but her physical defects disqualify her. He cannot leave her behind, and will go to extremes to bring her with him – leaving her behind on Earth will certainly mean her death. Of course, things don't quite go as planned...

Wole Talabi certainly knows how to start a story with a bang, when his opening line reads: In space, no one can hear your ship explode. Which kinda makes you want to see what happens next. In Drift-Flux he drags readers along on a nail-biting caper to unravel not only a mystery but embark on a race against time. As always, Talabi hits just the right notes.

Journal of a DNA Pirate by Stephen Embleton takes us into the fevered ramblings of a madman with an agenda to unleash a deadly virus. Which is perhaps a story that isn't exactly comforting in present times.

The Interplanetary Water Company by Masimba Musodza is a bit too heavy on the exposition side for my tastes, which saw me skim-reading more than getting into the story, which was about a research team with an agenda sent to planet their people all but destroyed.

Dilman Dila's delightful Safari Nyota: A Prologue, recasts the Trolley Problem, but in deep space and with AI having to make difficult decisions. Some surprising twists and turns here, but I won't spoil.

Parental Control by Mazi Nwonwu is another gem in this anthology, asking questions about family, virtual reality and patchwork family relationships. To an extent, it is a coming-of-age tale, but also dips into the concept of synthetic life.

Inhabitable by Andrew Dakalira is an alien contact story that sees humans at a disadvantage dealing with a more superior race. They have been given an ultimatum to pass on information bout advanced weapons which will irrevocably shape the outcome of a war.

I've read another of Mame Bougouma Diene's stories that drop us into the world where ChinaCorp has caused irreparable damage to earth. Ogotemmeli's Song takes this conflict to earlier times where we see how the ominous red matter devastates life by Jupiter. Yet we do get a glimpse into a greater mystery too. At times I felt the abundance of names and characters was a bit overwhelming – that this story could have been expanded into novel-length, but it was overall an innovative telling that left me scratchy behind the eyes.

Posted by nerinedorman at 10:30 AM No comments:

I admit to having a fondness for portal fantasies, and Dreamlander by KM Weiland offers plenty to scratch that itch with a side order of a strong 'Chosen One' theme. Chris Redston's world is turned upside down when he discovers that the dreams he's been having of a raven-haired woman angrily cussing him out are real. In fact, he's rather alarmed when he realises that in this alternate reality he's what's known as a 'Gifted' – an individual fated to be a game-changer who can travel between the two worlds. But exactly how he goes about bringing about earth-shattering change is quite another.

Weiland creates a detailed, compelling tale filled with magic juxtaposed with our more mundane reality. Chris finds himself flung into the midst of a war – a situation he is most assuredly not suited to – and has to engage in some creative problem solving in order to win the day.

While some of the mechanics of Chris being able to travel between worlds every time he falls asleep felt a bit contrived for me, I nonetheless enjoyed the flow of the story and the world building. And I'm a sucker for fantasy novels that are not stuck in the default Medieval or Renaissance settings that are the stock of the genre.

Though in places I felt the writing went a smidge too fast, and could have used a bit more digging to engage with characters' motivations, this was overall a pleasing read that kept the pages turning.

Posted by nerinedorman at 3:43 AM No comments:

I've been going through a massive Egyptology kick of late, so was quite happy to give Simon Lopez's Egyptian Mythology a whirl thanks to my Audible subscription. Let me add that it takes a fair amount to wow me when it comes to content about ancient Egypt. I'm an old hand at most of the basics, and could probably run rings around first-year university students in terms of what I've retained over the years. So most of the ground Lopez covers in Egyptian Mythology isn't new to me at all, but it served as a useful refresher. 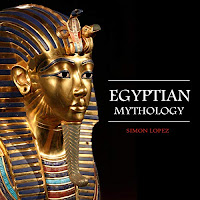 We dip into the various creation myths but also get a good cross section of the stock of tales about the gods and also stories that were popular within ancient Egyptian culture. Not only does Lopez have an accessible, friendly style to his writing, but narrator Neil Hamilton has a lovely voice too, and listening to him was no hardship at all.

Though I am difficult to please, I was still pleasantly surprised to hear a few stories that I hadn't before, and even Lopez's retelling of ones that I was familiar with – such as the ages-old rivalry between Set and Horus – was done in such a way that greater nuance was added.

If you're new to the ancient Egyptian cosmology, and wish for an introduction to the myths and story-telling culture, then I recommend Egyptian Mythology. I see there are print versions available too, and if I do spot a copy out in the wilds, I'll certainly add it to my growing collection.

Posted by nerinedorman at 3:36 AM No comments:

First things first, Stuarts' Field Guide to the Tracks & Signs of Southern, Central & East African Wildlife by Chris and Mathilde Stuart is an enormous book despite the disarming 'field guide' size. Also, if you're an amateur game ranger like me, this book is no doubt going to find its way into your luggage the next time you go on a trip to the country. 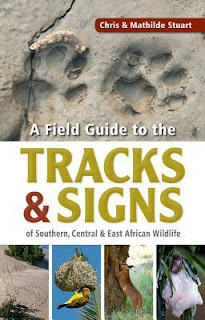 While the topic the Stuarts cover in this tome is extremely broad, they do an excellent job of going over the various signs you might encounter if you're out in the veld. Initially when I'd picked up this book I thought that it would just cover tracks, but I was oh so wrong. I forgot at the time all about the fact that one often will encounter not just tracks but also ... yes...  poop. And nests, shelters, the remains of prey and other signs of feeding. Or the fact that an elephant or buck might rub against a tree regularly to scratch an itch, or hell, if you're an elephant, just uproot the whole darned tree.

(So now I know that it's porcupines that have been galumphing around on my favourite walk. I saw their poop.)

What I like about this book as well is that it's not just a laundry list of spoor and signs, but rather that it is structured to help you narrow down your options. Is the spoor showing paws or hooves? Are the hooves cloven or non-cloven? You get the idea. Of course it also helps if you have a general knowledge of what sorts of animals are already present in your environment – so I do think this book will be valuable for those who already possess more than just a passing interest in and knowledge of wildlife.

Due to size constraints and the sheer abundance of data that's gone into this book, don't expect detailed information about the critters – that you'll have to look for in other sources. Tracks & Signs focuses primarily on exactly what it says it does, in as much detail as space allows.

Posted by nerinedorman at 12:17 AM No comments: 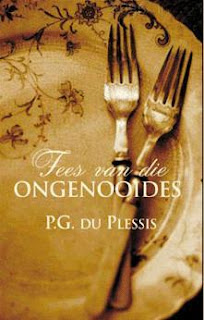 Posted by nerinedorman at 5:18 AM No comments: