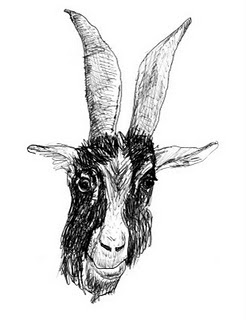 Title: Transformation
Author: Rab Swannock Fulton
Publisher: Dubray Books – dubraygal@dubraybooks.ie
Like many young people who have left school, Donnacha takes on a menial job in order to pay bills. Elbow deep in suds at a Galway pub, he soon makes friends and begins to establish himself independently. He finds love yet at the same time comes into contact with a goat-like being that is source of intense terror.
What starts out as a love story turns into a supernatural mystery with underpinnings of horror, but it’s also more than that. Superficially, Transformation is a fairy tale but, like most fairy tales, once you peel back the layers there’s a lot more substance. In many ways, Donnacha’s goat represents the darker aspects of man’s nature—bestial, carnal and savage—that exists in counterpoint to the dreamy, sensitive lover. This is also a tale about the dangers of monomania and obsession, and how one can eventually poison oneself.
For the sake of not spoiling the story, I won’t go into further detail with regard what transpires suffice to say that love is central. What struck me the most about Fulton’s writing, however, was the sheer magical gift this man has for language. I was immediately drawn into Donnacha’s world, sharing in his triumphs and his tragedies. It felt as though I were walking next to him through the ancient streets of Galway to the point where I could even hear the beating of swans’ wings and the rush of the River Corrib.
Fulton brings the magic of the Emerald Isle to life with his lyrical prose yet always reminds one that for all the light and beauty, there are darker aspects too. He evokes the primal nature of existence in his tales beneath a veneer of the commonplace, and that is why this is an important book to read.
Yes, the print edition is a bit rough around the edges with regard to edits and layout, but these flaws are minor and are far outweighed by the pure magic of the story. Rab Swannock Fulton is a gifted storyteller of the highest order, and Transformation will not leave you unchanged.
Follow Fulton on Twitter @haveringrab
Posted by nerinedorman at 8:45 AM