A walk in the suicide forest... With Robert James Russell


In June this year I reviewed Sea of Trees by Robert James Russell, a novella so spooky it still haunts me. Curious, well, go take a look at the review here, then come back to this interview. Today I welcome Robert to my world for a little Q&A about the novel, and just in time for Halloween too... 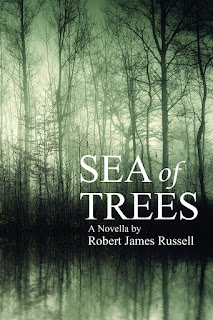 First off, the way you write about the Suicide Forest makes me feel as though you have actually set foot in it. Tell me a little more about what grabbed you about the setting, and how you gave it the ring of authenticity.

Well, the setting of the story came from an article I read, which was enough to get me hooked. I started doing research and found the place to be fascinatingly macabre. And during my research I found many pictures—both innocent and gruesome—as well as a few documentaries, that just further piqued my interest to the point where I couldn’t get it out of my head. I mean, it’s so unique—a real-world setting that sees so much spooky stuff, the kind of place that you can’t even imagine is real. But it is. I knew after reading all about it, after seeing those images, that I had to write about it.

To answer the second part of your question, no, I have not been to the actual forest—yet—but I used my experience with forests all over the world (especially in the Midwest United States, South Korea, and Central America) as a template to work from. Besides the varying flora and fauna and other various idiosyncrasies, a forest is a forest, and I think it helps to write from personal experience any time you can. In the case of Aokighara, it’s supernaturally quiet, so I went out into the woods near my house and tried to imagine it being devoid of animal sounds, most noises altogether, really, and how creepy that would be, not to mention the possibility of stumbling across a dead body—ultimately, this is how I attempted to reproduce Aokighara, a place that you feel in the pages of the book as being real…somewhere.

What struck me as specifically poignant were the vignettes of the suicides interspersed by the main narrative. You go through quite a range of scenarios. How did you go about structuring these cases? Were they at all based on existing stories?

Sadly, suicide in general is a major issue in Japan, so I did research of incidents throughout the country and adapted bits and pieces of some real world examples here and there, where they fit into the vignettes and the appropriate themes. For everything else, I did research on Japanese customs and culture in general, why people in Japan commit suicide, what their mindsets are as they set out to do this, as well as studied images and video of Aokigahara—including how people go about killing themselves there—and created the rest of the scenarios as I believe they could have plausibly happened, creating back stories and the build-up to these final moments that, again, fit each vignette’s theme.

The process of research itself must've proved pretty harrowing. Often an author is changed by his or her experience in researching and writing a novel. How did A Sea of Trees impact your life?

Short answer: It gave me a bigger and better perspective—and appreciation—of the world, as well as an understanding of suicide in Japan, why it occurs there in such high numbers, and what’s being done to combat it. Honestly, nothing really prepared me for what I discovered—I had heard previously that suicide was an issue in Japan, but I didn’t know how much of one it really was until I started doing my research. And the forest…pfft. It’s just massive, beautiful, and just so happens to be this “suicide hotspot”, so learning about it, and also about the different cultures and customs in Japan, why people there commit suicide (in some cases, for very different reasons compared to Western countries), it just gave me some real world perspective outside of what I thought I knew going into it…which is never a bad thing, I don’t think.

I know you treat a number of the reasons why people commit suicide in the novel, but in short, can you cover a basic idea?

It was important to me not to diagnose why people commit suicide—that’s not the point of the book, and that would lose sight of some of the other elements. Instead, with the inclusion of the vignettes, I wanted to present lonely people, people who are disconnected from either the world or specific people, and the ramifications of that—how this isolation, this feeling of being lost, or different or misunderstood can compound over time. Obviously not everyone who is lonely commits or attempts to commit suicide, but in these cases, you have extreme situations that drive people to do it, feeling as if it is the only way out, the only way to move on or to find enlightenment. I’m not trying to glamorize it, nor am I trying to dismiss it, but rather, present it as fact, as real life, situations (again, some based on reality) where this would seem like a tangible response that fits in with the large aspects of Junko’s isolation after her sister’s death, her desire to be with her again no matter the cost. 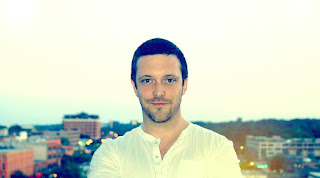 Posted by nerinedorman at 1:06 PM