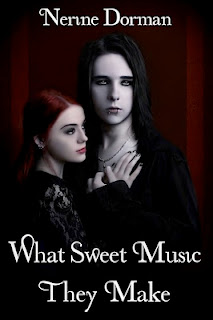 This has officially been my last week of playing full-time author and editor. As of next week I return to my day job and I hope I do so without becoming completely homicidal. They're renovating our building, and it's going to be... Interesting.
News from my side is that I finally got off my arse and submitted Camdeboo Nights to a small press with a call for YA subs. The MS has been gathering dust on my HD for almost two years now. The only reason why I didn't sub it to a small press before that was because it's only a recent development that certain small electronic-first presses are taking on the genre. The opening chapter of Camdeboo Nights was initially a short story--one of my very first sales before I sold my first novel.
Other news is that I was invited to write a Titanic-themed horror short story for an anthology that's releasing soon. Initially I was like, "Erm, I don't really write short fiction," but then I slept on it, and my short story, And the Band Played On, came into being. Once I had my hook, the piece was immensely fun to write, and I hope to bring some good news soon.
A while ago, a by-invite-only publisher of quality m/m fiction invited me to submit to them. I was flattered, but also didn't have a story, and I'm a firm believer in only writing when a story grabs me by the short and curlies. Well, I got my idea just before I went on leave last year. This week I finished writing and revising The Jackal's Shadow, a dystopian novella of about 20 000 words. And I've submitted it, hoping for the best.
All in all, it's been a productive week, and I feel I can return to the salt mines with a clear conscience. Without further ado, here are some of my online appearances for the past seven days:
Last Friday I made my debut at April Steenburgh's blog. Many thanks to April for having me over. She does a sterling job promoting authors and it was an honour to have this opportunity.
Then author Suzanne Robb had me over at her blog for a little Q&A. Some delightful questions there. Thank you, Suzanne.
Then, for those of you who are curious about my upcoming Dark Continents Publishing release, Inkarna, I stopped over at Tracie McBride's blog to discuss some of the influences. This was quite a difficult post to write, and I've laid my soul bare there.
Lastly, Blood and Fire continues to hit the mark with readers. Carrie and me had this stunning review for the novel, that left me grinning from ear to ear. Well, yeah... I write gothic like Mervyn Peake. I ain't complainin'.
Posted by nerinedorman at 11:09 PM