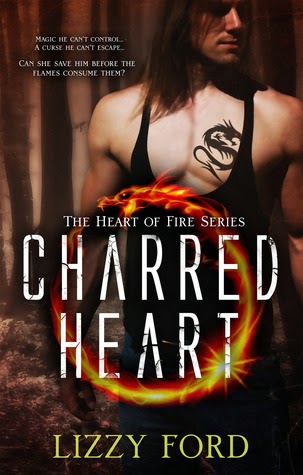 Chace is a dragon shifter, and has been cursed to be so for a thousand years and unlucky in love to boot. Predictably, he’s a bit world weary and wants nothing more than to be fully human and live out his normal allotment of years, preferably  with a woman to love. But you can’t always get what you want; due to his age, as well as his powerful magic, he also finds himself cast in the role of de facto protector of a rapidly dwindling number of shifters.

Skylar is a slayer unique in her ability to track shifters and help capture them so that they can be safely rehabilitated – all this according to the organisation she works for. Skylar fully believes that shifters are a danger to humanity and need to be neutralised. Her beliefs are challenged when she meets her match in Chace, the shifter she understands is the last dragon on earth.

The sizzling connection between Chace and Skylar is undeniable – the major obstacle to their relationship the salient fact that they belong to opposing factions, each believing they have the right of things. But time is running out. Chace has made a deal with a powerful shifter in order to regain his humanity at the worst possible time when he truly needs his magic to protect his fellow shifters from extinction. Not only that, but he still has an important life lesson to learn before he can claim the woman who may possess the other half of his heart.

A quick look at the uglies: Not that much to complain about, to be honest. Lizzy Ford holds her narrative together well. There was on niggle where I had a bit of a head-scratching episode when a supposedly nocturnal shifter was seen out and about during the day (or what I pretty much assumed was the day). At times Ford writes a bit fast and misses environmental details, but not so much that I got my knickers in a twist. I felt also that the magic system was a wee bit too insta-magic at times – too effortless, but the overall pacing was strong enough to not make this too much of an issue.

The good stuff: You really can’t go wrong with Charred Heart. You’ve got two lively protagonists, both of whom are totally kickass and whose interaction entertains both verbally and between the sheets. Chace’s bad decisions come back to bite him in the posterior, and it will be interesting to see how he gets himself out of his predicament in book two. The passion between Skylar and Chace is wonderful to behold and Ford has put a lot of effort into her world-building to deliver a solid, thoroughly readable saga. This series is well worth dipping into; there’s more than enough bang for your buck.
Posted by nerinedorman at 12:32 PM