Toby wowed the judges with the 2011 SA HorrorFest Bloody Parchment competition. It therefore comes as no surprise that he pulled out the stops and went on to win the 2012 competition. His creepy tales bear a creepy kind of whimsy that is inimitably Mr Bennett's, and he's definitely one worth watching out for. He entered two stories into the competition, and both made the final cut. That says something. (Buy links here...)

So, Toby what planted the seed for your tales?

It started with the thought of pale white fingers (white as worms) digging through someone’s wall and snow balled from there. I thought of somewhere dark and musty that might fit the fingers and The Root Cellar was born. So yeah in this case I literally did plant something in the earth – and it grew. 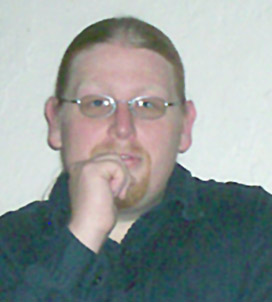 My second story, Wants and Needs really came out of an exercise in trying to make a new type of monster. I was enjoying playing with the different monster tropes but I didn't want to write a story about a ‘standardized’ monster. I also started asking myself ‘what really defines a monster?’ Observant readers may notice this as a kind of running theme through my work. I find it very simplistic to assume that the ugliest protagonist with the most claws is always going to be the real villain of the piece. I like to blur the lines between what’s horrific and what’s human.

Well I guess there’s the obvious theme of what happens when something sneaks through the wall to try and eat small children – and who hasn’t thought about that at some time? – but the deeper themes are about growing up and the endless cycle of change and corruption that we call daily life. Hopefully it will be apparent to the reader that this is about more than just the bogeyman; it’s about the monsters that shape us all. Oh and it’s about being scared and alone in the dark, which come to think of it, is a pretty good metaphor for life anyway.

In Wants and Needs I think one of the major theme’s I examine is how easily we can confuse our basic drives and also how selfish and cruel the ways we love can be. For an emotion that is supposed to be about others it’s amazing how many times what we call love turns out to be all about ourselves.

A truly great horror story you say? Why anything that leaves its vict– woops! I mean reader– in a state of barely controlled panic for an hour or two after they’ve read it. If you’ve just read a story that makes you want to check under the bed or make sure the closet door is firmly shut, it’s probably a good one. I won’t define what that story should be about or how it should be written because that can be very subjective; that said, are you happy with your feet sticking out from under the covers like that? The dog’s been very quiet but that rustling in the ceiling keeps getting louder... Or is the sound coming from behind you? Stop reading and get out, get out now before… perhaps that sandwich was poisoned – it could be too late anyway so you might as well keep reading. 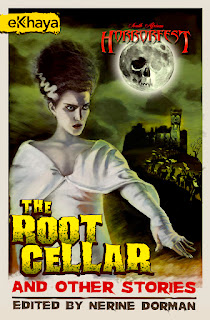 I’m quite excited about my current project, without giving too much away I am working on a serialised novel with my fellow author Benjamin Knox… Alright I’ll give it all away, it’s a futuristic dystopian setting where a large part of a mega city has succumbed to a plague that turns its victims into shambling distorted monsters and if early indications are anything to go by it’s going to kick gluteus than a low GI diet… what? Oh it’s gluten? Story’s still going to be cool though… the voices told me.

To date I have written seven novels and a collection of short stories check out the kindle store on Amazon to get your paws on my work.

Posted by nerinedorman at 2:43 PM