Six of the Best with Dean M Drinkel #horror

Dean M Drinkel is no stranger to those of you who're regular followers of this blog. He's the brain behind The Demonologia Biblica and The Bestarium Vocabulum, where two of my stories appear. (Go get them, they're absolutely fabulous if you're a fan of speculative fiction in a themed collection.) 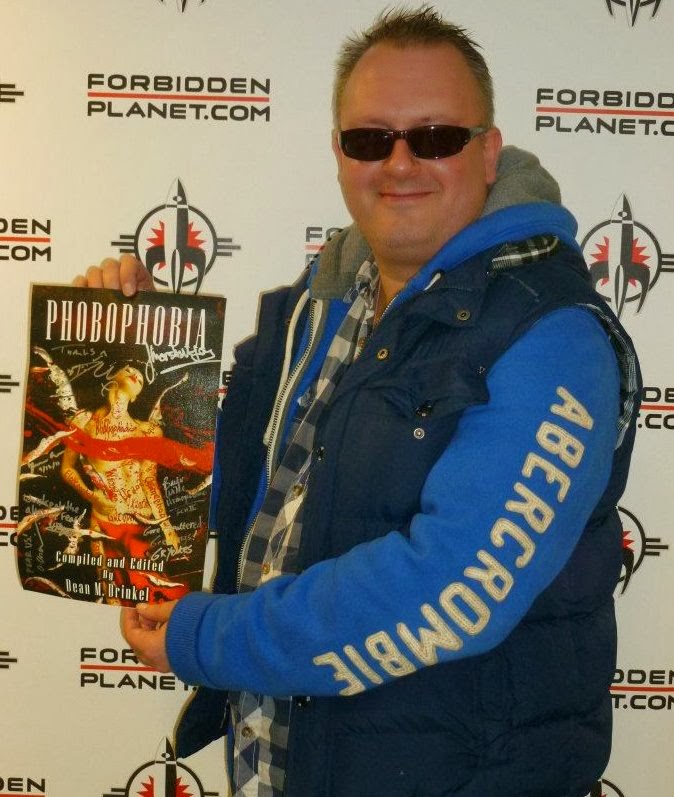 So, Dean, welcome to my world! What were some of your highlights from 2013? And a big thank you for dropping by.

2013 was quite a good year for me really; we saw the publication of The Demonologia Biblica and The Bestiarum Vocabulum anthologies (both through Western Legends Press); Cities Of Death (Static Movement); my own short collection Within A Forest Dark (Dark Continents); I contributed short stories for Joe Mynhardt’s Fear The Reaper (Crystal Lake) and to the Horror Society’s Best Of collection. I also won “Best Action Screenplay” for a short I wrote (Splinter) at the Monaco International Film Festival in December. Finally, I was interviewed by a French property magazine about my short stories as well as a MASSIVE horror magazine which will be seeing publication in early 2014 and which I have to thank the multi-talented Barbie Wilde for arranging.

What are you looking forward to in 2014? 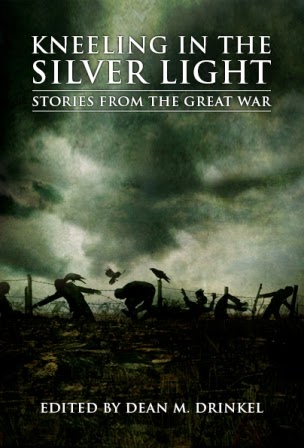 2014 is already shaping up nicely – I have a final anthology for Western Legends; Phobophobias (Dark Continents – a sequel to the very successful 2011 Phobophobia); Demonology (Static Movement); Kneeling In The Silver Light (The Alchemy Press). I am also working on a horror / thriller screenplay with a friend of mine (Scott Richardson) as well as a couple of other projects I’d like to bring off the back-burner. They’ve been gestating for too long now.

What's the most important lesson you've learnt in the publishing business over the past few years?

Wow. Great question. I guess that operating in the indie / small press markets what is really important is that everyone concerned has to pimp, promote, publicize the project they’re involved with otherwise it’s going to flounder. As you know, I like compiling / editing big anthos – maybe as many as 26 / 27 per book – that takes a lot of work to put together but I do find the end result very rewarding – however, to get those sales (and / or reviews) EVERYONE has to promote and not sit back resting on their laurels thinking that someone else is going to do it for them. You do sometimes have to make a right royal pain of yourself because there are so many indie / small presses fighting for sales / their place in the market.

From a personal point of view, I’ve certainly learnt to have a thick skin. Working with so many authors, I also have to deal with all their egos / eccentricities ha ha. I always say though, leave your egos at the door – mine is big enough for all of us! 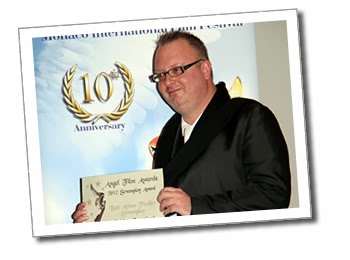 Writers need to remember that writing a story is only the start of it – once a story’s been accepted into an antho that’s when the hard work really starts. My anthos, whilst invite only (on the whole), I use trusted writers where I know I’m going to receive a good end product but I do try to bring in some fresh blood when I can. On the whole I’ve been lucky in that the stories that have been submitted are of a high standard. I’ve heard of other editors / compilers who have had to deal with half finished / unfinished / unformatted / unedited stories. Touch wood, I’ve been okay to date. My advice is simple – always submit high-quality work and follow whatever submission guidelines have been set down i.e. if it’s a horror antho don’t send in a romance etc. I guess also, be prepared to take criticism – it’s not said just for the fun of it – there’s always a reason – we all become better writers if we can take that on board!

What are the top three books on your TBR list for 2014, and why?

First up is the second volume of Philip Dwyer’s brilliant biography of Napoleon entitled Citizen Emperor: Napoleon In Power 1799 – 1815. This is both for pleasure but also for research as I have been working on a film script / play about Napoleon and this has proved invaluable. Next up is Ernest Hemingway’s A Moveable Feast – I’ve never been a great Hemingway fan (yeah, I know – SACRILEGE!) but am starting to warm to him – again, whilst reading this for pleasure, it is part of another Parisian project I’m currently scoping out.  I’ve just finished an excellent book about Paris by John Baxter called The Most Beautiful Walk In the World - Paris is very important to me and I base a lot of my stories there now, so would highly recommend this book! For my third choice, I’d say that anything new by Clive Barker would be on my list for 2014 – I keep hearing rumours that we’re going to see some new ‘horror’ stories from him, so I’ll leave a space free for him – Clive has been a massive influence on me so will always clear the decks for him always! I’m currently reading the French language version of The Hellbound Heart.

Which of your stories would you turn into a movie, and who would you cast in the lead role? And, for that matter, who would you have as director? And score?

In some of the anthos / collections I’ve appeared in, I’ve written several stories which refer to a mysterious organisation set in Paris (natch!) called The Sixteenth Chapel. This itself was a misquote made by Justin Bieber when he was on the David Letterman Show. He meant to say the Sistine Chapel! As well as everything else, I’ve been sketching out a feature film which deals with this sinister cult head-on. It would be a proper down and dirty horror film – written and directed by myself (I’ve made a number of shorts – several of which have screened at Cannes and full length plays which have been staged in London and the South East of England –now it’s time to step up to the plate and direct a feature!), it would be in French and as such, for my lead, I’d have the very brilliant young actor Vincent Rottiers (Renoir, I’m Glad My Mother Is Alive, In The Beginning, The World Belongs To Us etc etc) as my main protagonist. Vincent’s starting to make a real name for himself and has been nominated for some prestigious acting awards. Yeah, if a producer was to knock at my door now with a bag full of cash then this would be the film I’d make. For a score, I really love Christopher Young’s work but perhaps I’d go down the route of using lots of European / Scandinavian musicians – I know quite a few! Also, in 2012 I also won a screenplay award in Monaco – that script was called Bright Yellow Gun which was named after a Throwing Muses song – I’ve always promised Kristin Hersh that I’d work with her so perhaps this would be that opportunity.

Thanks Nerine for posting me some interesting questions so soon after the Christmas / New Year period! A brilliant 2014 to you and your readers.

All the best
Dean

More about me can be found at: http://deanmdrinkelauthor.blogspot.co.uk/
Posted by nerinedorman at 11:24 AM