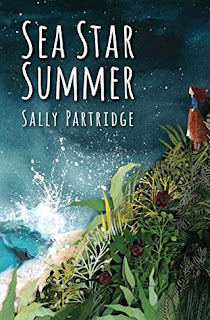 Central to the story is Naomi's understanding of who she is, and the fact that it's okay that she may not like boys. Much of what she experiences is awkward as all hell, which I think many of us can relate to when we think back to our own first experiences in love. Naomi struggles with what is expected of her and how she thinks she should behave vs. learning to be brave to grow into who she truly is. Sea Star Summer is a sweet tale of a summer romance found when least expected, made poignant by the reminder that the time for it to play out is fleeting.
Posted by nerinedorman at 2:41 AM