Sword of Destiny by Andrzej Sapkowski

Continuing the short stories that spawned The Witcher phenomenon created by Andrzej Sapkowski, Sword of Destiny is the second book to pick up if you're looking to read everything chronologically. Or so I've been told. There's not a whole lot more that I can say about this collection of short stories, save that they continue to flesh out the setting and give background to the characters. 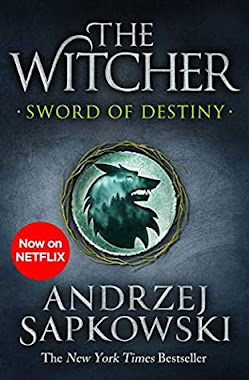 Geralt of Rivia might be considered a heartless monster hunter, but behind the imposing façade lies an individual who cares deeply. Discussions of destiny follow through as a theme, with Geralt wrestling with his responsibility towards Ciri, and how their paths keep crossing. If you've watched the first season of the series on Netflix, you'll recognise some of the story arcs, though the series does play loose and fast with the source material.

I found particularly poignant the way Geralt and Yennefer damage each other so much – and Geralt very much cares for her, even if she pushes him away. The biggest issue that I can say is that what they value in life differs vastly. We also get glimpses into Geralt's past, and have hints as to why he got started on his path as a witcher in the first place.

As always, I feel that much is lost in translation – some of the phrasing and idiomatic expressions are clunky, but I have sufficient love for the setting to continue reading.

Posted by nerinedorman at 8:24 AM