Right. I'm now 50% through Mass Effect Andromeda, and I've come to the sudden realisation that I've stopped caring about the game. None of the characters truly hit me in the feels – I honestly don't have that squishy, emotional mushiness I had with games like Brothers or Dragon Age. The much-vaunted romance frustrating. The gameplay is repetitive. I know I'm OCD, but there are only so many fetch quests I can stomach. 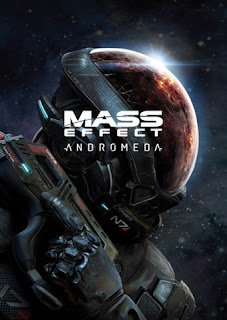 Sure, the maps are lovely, but after last night I feel as if the game is a chore. What nearly did my head in yesterday was the perma-broke glitch with the Nomad on Elaaden. Apparently there is a way to fix it, but then you need to have activated the northern-most forwarding station (which I hadn't). So, guess what? I lost 2 hours of gameplay going back to an earlier save where I still had a functioning Nomad. Fast travel didn't fix the fuck-up either. Nice one, BioWare. Nice one. [grumbles]

My overall conclusion about the game, after reading this article and having a good ponder about my own experiences thus far, is that it was doomed from the start due to multiple reasons, and the fact that it was rushed through to shipping with so may glitches, I just can't even. I'm going to give myself another weekend or two to finish the main quest, and then I'm done here.

I'm really disappointed, as ME:A has so much going for it, but it's cumbersome, badly put together (I mean, haring halfway around the galaxy on Yet Another Fetch Quest and then another ... and then another). BioWare bit off too much with this game, and it's a Frankenstruct of some really schwaai ideas that kinda lumber around making groaning noises while knocking over furniture.

Things going for it include the neat combat system, which was fun (and challenging). And I must thank ME:A for teaching me how to play a shooter, because I was horribly resistant to the idea of playing a shooter up until this point.

Next up on my plate will be Horizon Zero Dawn, however, sooner rather than later. I've been told that even though I still refuse to play Witcher 3, I MUST MUST MUST give Horizon Zero Dawn a chance. (And yes, I have a soft spot for archers, so this is likely.)

A thought on open-world gaming: There is a reason why Skyrim is such a timeless classic, despite there being a skeletal story (and it justifiably being called the "golf" of RPGs). It feels like a second world you can live in, where you can customise the kind of experience you want. As a world it feels cohesive. ME:A just feels ... sparse, hastily populated, where you never really feel as if the choices you make have any real impact on the final outcome. I know that a good RPG plays with the idea that you have the illusion of choice, but I felt with Dragon Age this illusion carried through a lot better, and the game just felt tighter. I'll happily play all the Dragon Age games again (and again). I'm just not sure whether I'll be returning to Mass Effect, even if it's to play the older games.
Posted by nerinedorman at 1:07 PM