Brian Katcher and Everyone Dies at the End

And yet more good news from my publisher... 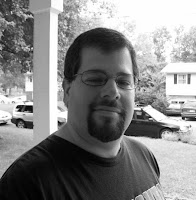 Dark Continents Publishing is pleased and excited to announce that author Brian Katcher has been offered and has accepted a contract to publish his Young Adult/Mystery novel Everyone Dies in the End.

Everyone Dies in the End tells the story of driven high school student, Sherman Andrews. At 17 Sherman is accepted into the Missouri Scholars Academy, a summer college program for the academically oriented students in the state. In Sherman’s case, he has a 10 year program to become a reporter and leave behind the stagnant life he has been living with his low-brow, plumber father and his absent mother.

While conducting project research for the program, Sherman encounters photos and news stories from 1935 detailing the murder or disappearance of four men. Sherman quickly realizes he has poked his nose into something people want to keep quiet when he survives a determined assassination attempt.

At this point Sherman has to decide to continue and take the next step in being the reporter he dreams of being, or back out and play it safe. The only people who can help him now are Charlie, the cute, chubby student librarian at the Historical Society, and Denton, the wild-eyed conspiracy theorist, who just happens to currently be confined to a psychiatric hospital.

“I completely fell in love with this book as soon as I looked at the files,” said David Youngquist, President of Dark Continents Publishing. “I knew I wanted this book before I even finished reading it, so I had to jump on it before someone else snapped it up.”

Everyone Dies in the End will be released in 2014 and will be the flagship book of Dark Continents Publishing’s new Young Adult line of novels. It will join Katcher’s previous books published by Delacorte: Playing with Matches, which won the 2010-2011 North Carolina Young Adult Book Award and was listed on the American Library Association’s 2009 list of Best Books for Young Adults as well as Almost Perfect which was the Winner of the 2011 Stonewall Children’s and Young Adult Literature Award. It was also listed by the American Library Association as one of the Best Books for Young Adults in 2010.

Youngquist and Katcher met in 2011 at Archon, an industry event which encompasses all genres of writing and film near St. Louis, MO. One of DCP’s editors sat in on a panel in which Katcher was the speaker. She then introduced the two after the panel ended. They hit it off, and as they talked, Katcher said he would send in a manuscript during DCP’s open submission period. From this promise, comes a new step for Dark Continents Publishing, and a chance for Katcher fans to get their hands on a great new book by their favorite author.

Posted by nerinedorman at 2:56 PM