In the flat field... Alannah Murphy on Bauhaus

There are a handful of bands I never get tired of listening to, and one of them is Bauhaus. I've always said that vocalist Peter Murphy has a rubber voice, and there's something to be said for this post-punk band from the UK. Some of their songs have been the anthems of my young adulthood, be it A Passion of Lovers or the dreamy All We Ever Wanted Was Everything. Often I turn up the Bauhaus when I'm writing, and I often find that the word-images inform my creativity.

So of course, one Bauhaus fan to another, I've enjoyed getting to know writer and musician Alannah Murphy, who understands the magic behind the music, and I'm more than happy to hand over my blog to her today. Welcome, Alannah... 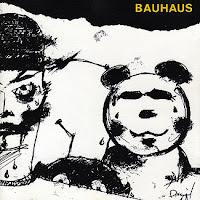 Before I tell you about my favourite band, and why they have been a great influence in my writing, I want to thank the lovely Nerine Dorman, for giving me this opportunity to discuss my favourite dark boys of all time… Bauhaus.

These four young men from Northampton* transformed rock music, giving it a darker edge. Their music was also a great influence on the Gothic Rock movement, though the band itself, only got tagged with the Goth label later on.

To any Bauhaus fans that read this, of course, I am aware the band reunited more than once, since their initial break up in 1983, and even went on to release another album (Go Away White) in 2008. However, I have chosen to discuss their initial years only, for it was during that time that their musical legacy was born. 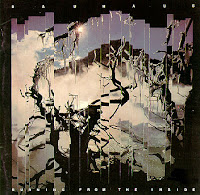 Musically, Bauhaus were much more than Goth, even if that gothic influence is what they are remembered for. Their musical influences were eclectic to say the least. There’s the Dub-influenced Bela Lugosi’s Dead, a track that also dared to go beyond the standard three minute single in length, and still became a cult classic. The raw energy of Punk, can be heard in songs like Dark Entries and In the Flat Field. There’s also the Reggae tinges heard in She’s in Parties, and the funky dance beat of Kick in the Eye, whose performance on the BBC, caught the eye of director Tony Scott, who later on, featured the band in his iconic night club start of his film version of Whitley Strieber’s The Hunger, with Murphy in full pomp singing Bela Lugosi’s Dead, whilst Catherine Deneuve and David Bowie choose their next victims.

Another striking feature in the music and imagery that made Bauhaus such a memorable band, were the twisted religious influences, found in songs like the eternally creepy Stigmata Martyr. This made the band even more attractive to someone like me, who’d had Catholicism shoved down my throat as a child. Both Peter Murphy and Daniel Ash have spoken of that Catholic upbringing, so I am not surprised it showed up as an influence in the band’s imagery and lyrics.

The band’s musical vision, put them ahead of their time. Songs like Terror Couple Kill Colonel and Sanity Assassin recorded over 30 years ago, still sound current now. Sadly, true mainstream success eluded them during their brief four year career. Maybe they were too unique and diverse to be suited for mass adoration from the mainstream, who prefers their music bland and insipid. One look at the current top ten, in either America or the UK will show that this is still the case. 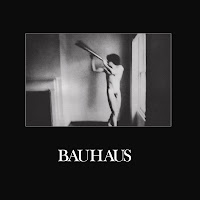 In spite of having a loyal cult following, Bauhaus were also dismissed by the music press, who attacked them, calling them Bowie clones, but the boys took it all in stride and purposely released their own version of Bowie’s Ziggy Stardust, ironically, the single cracked the Top 40 reaching number fifteen on the UK Singles Chart.

Daniel Ash, David J and Kevin Haskins, were all talented musicians, but for me, it was frontman Peter Murphy, with his striking presence and powerful voice, that made the band into something special. A fact made more staggering considering Bauhaus was Murphy’s first musical experience. Maybe it was that lack of experience that made him so uninhibited, with a commanding presence that stopped you on your tracks.

* Peter Murphy was born near Northampton, in the town of Wellingborough.

Of course, Bauhaus was still a group effort. Bassist David J composed many of the tracks. Daniel Ash's unique guitar style gave songs like Bela Lugosi's Dead that otherworldly unique feel, and Kevin Haskins provided the band with a solid musical backbone with his steady drumming. The band's legendary performance at the Old Vic, filmed in 1982, for their Shadow of Light/Archive DVD compilation was a catalyst for me as a writer. I was spellbound by Peter's powerful stage presence. He's a whirlwind on stage, visceral, raw. The DVD compilation is aptly titled, for shadow and light define his slim but toned physique. At times, he appears possessed by an inner force that gives him otherworldly power. It was easy to believe, this was no ordinary human, and that was the creative spark that started it all for me, inspiring me to write about my own main character, who is a rock musician, living in London in 1982. This creative gift and inspiration, is one of the main reasons Bauhaus will always have a special place in my heart, a hidden alcove, in the night…

Alannah Murphy, is a former rock musician turned writer, currently working on a rock'n'roll novel set in London. Follow her blog at www.alannahmurphy.co.uk
Posted by nerinedorman at 1:55 PM