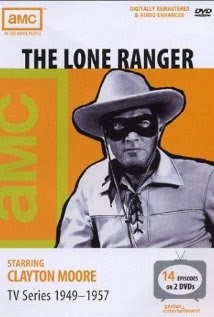 As a wee sprog I remember watching The Lone Ranger on telly. South Africa was quite behind in the whole TV revolution, but I recall that particular show with great fondness and yes, my friends and I sometimes played Cowboys and Indians, which generally involve someone getting tied up and the rest of us making an awful racket.

I also remember having little plastic cowboys and Indian toys (other kids had those little green army toys and jeeps). Nope, I played with little cowboys and Indians. I think I really just dug the horses, and loved pretending to ride.

So it was with a fair amount of nostalgia that I looked forward to seeing what Johnny Depp would do with the Tonto role in the renewed The Lone Ranger. From the outside this looked like another Jack Sparrow but with warpaint, and as could be expected, Tonto completely outshines the rest of the characters.

There's been a fair amount of burrum-harrum and errrrrr blegh about Johnny Depp being seen as racist by donning redface, so to speak. Though he does have Native American heritage somewhere along the line, he's still very much perceived as a white man taking a native role. My feelings on the matter are complicated. I can see where folks who're angry are coming from, but on the other hand this film exists as a celebration of Western films as a whole. 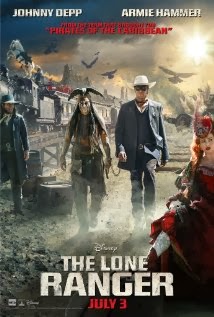 The plot itself is nothing new; it's filled with archetypes like the brothel madame with a big heart, the evil railroad baron, the honourable if rather dead sheriff. And the little quirks ("There's something not right about that horse") were made of teh awesum. If you've watched many Westerns throughout your life, you'll appreciate The Lone Ranger for what it is: a homage to a particular brand of cinema.

So far as the recent rash of superhero films have gone, The Lone Ranger has been a breath of fresh air for its utter delight in the genre; what saves it is the fact that it doesn't take itself seriously. Yes, there's depth and breadth for some social commentary – and there's no escaping the issues of how the Europeans murdered the Native Americans.

As a South African, I'm acutely aware of racial issues; this is inescapable. There's a part of me that wishes we'd see more representative film offerings brought out by Hollywood (I mean, hello, as a woman I'm BEGGING for strong female leads). For what this film is, I feel Disney has done okay. But I also wish to view this through the lens as entertainment.

If this film does cause you to stop and think a bit, that's good. If you hated it because of the inherent issues of the subject matter, that's also fine. I've decided to just enjoy it for what it is, and overall it was a thoroughly entertaining Western. It doesn't break fresh ground but it made me laugh, and it engaged my attention. I couldn't ask for more.

Besides, Johnny Depp was in top form.

Let's just pray they don't feck things up by making a sequel, or that at least if they do, they pay attention to narrative structure so we don't have to apply the law of diminishing returns. The fourth Pirates of the Caribbean movie was forgettable, and not even Depp's presence could save that sinking ship.
Posted by nerinedorman at 2:35 AM