Dooom... DOOOOM I tell you


My mate Chris MacKinnon regularly torments me with new hints of sonic doom, knowing full well the internet connectivity here where I live sucks so bad I'd probably have faster DSL living in the outer reaches of the Mongolian desert. Anyhoo, I had to share the misery, so I've invited him to take possession of my blog today. Welcome, Chris!

From time to time I encounter bands on bandcamp.com that I just have to share with her, and it can be weeks before she gets to listen to them. So maybe you, her readers will have that same sense of pity for her after you have the chance to listen to 5 from my collection while she has to wait patiently for her chance to actually receive the files...going so slow.....so dreary....

Good then that it's gloomy and doomy that I'm sharing. Just in time for the coming darkness in South Africa, by which time Nerine may have been able to stream one of these tracks if her neighbours can get off World of Warcraft for longer than 10 minutes. 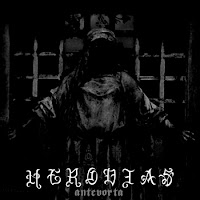 These aren't in order of preference, just as they spring to mind. So first we have Herodias. Which is a strange project that merges somewhat minimal guitar and piano pieces with some incredible female vocals done mostly in an operatic style. Their Antevorta album contains an example in the track Una Vida Aislada of both operatic style and more traditional clean doom vocals. Throughout their work is something that speaks of beauty and a great deal of sadness, and there is great dynamic between loud and quiet,and a sense of space that makes for a very lonely atmosphere. 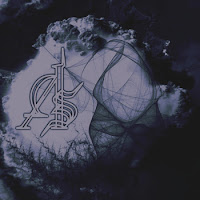 Next up is Abstract Spirit. Hands up if you like funeral doom but think that Funeral, the band who's name and music helped pioneer the genre perhaps sound too cheerful these days. Abstract Spirit are just awful......ly...........heavy........Moro........se.....ble.........ask and somewhat terrifying in their approach. The guitars play very slow, very low tuned riffs of dread that seem to take ages to reach their resolution before crashing back down again. There is a good use of synths, that just float in the background like some ghostly vapour in the early hours of the morning in late autumn.....and the vocals are extremely low, guttural death-doom style, like the voice of ancient warriors summoned back from the grave to give grim testimony against man.  Check out their album Horror Vacui to see what I mean. 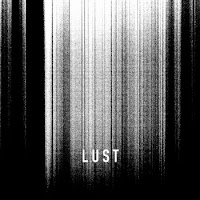 Sandwiched in their middle I think I'll put Ambsace. If you've made it this far, you deserve a rest. Ambsace is a one man project from Toronto, Canada who I found by searching one night for "gloomy". So far Ambsace have put out a couple of EPs, most recently is the self-titled Ambsace EP.  But I still come back to the Lust EP frequently. How to describe this, there's a certain lack of appreciation of the work from its Creator, that sense of a musician who seems to be in agony when composing and then dejected by the time its done. I can empathise with some of his comments in the liner notes for the self titled EP. It's very expensive and draining for a solo, unsigned musician to get a release made to your satisfaction. I wouldn't exactly call it easy-listening, because Ambsace just make me quite sad in ways other projects don't seem to.  Whether its the vocals, the melodies or the clean and echoing guitars, or the fact that there's just about enough music between the EPs to forge an album with that may never see the light of day, I can't put my finger on it. 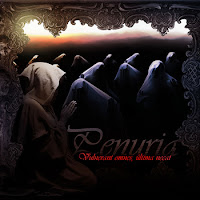 Cheering me up slightly, nah...only kidding....is Penuria. I am still so glad I found these guys, a lazy comparison would be to liken them to My Dying Bride. But that'd only speak of the melody, besides My Dying Bride play a fair bit faster on some of their deathier tracks. Here we have a kind of symphonic melodic doom band, who have a mixture of clean vocals and more anguished screams.  See their track "Time is Agony" for a better demonstration of why I love them than I can put into words. 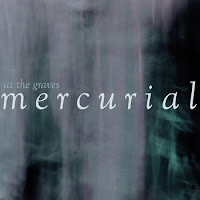 I'm cheating a bit with this next one: At The Graves. For me flirt more with Anger, which of course isn't too far removed from grief. They've got a few releases on band camp, but it was their Mercurial EP that I discovered first.  Its heavy, anguished, fast and slow, clean vocals, screamed vocals are well exhibited in the first track of that EP in "Trickle".  It's like a mental breakdown, which is something we all need from time to time, along with the dour self-examination of the weaknesses that lead to such things. 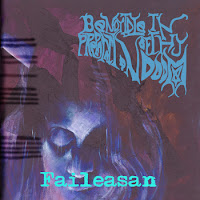 Right, before I get back to my cage I'll briefly mention I'm working on the last album of my own project Be Not Idle In Preparation Of Thy Doom,  which is a horrible mess of dark ambience, electronic, and black metal. There's a few releases available including a collaboration between myself and Fistulae, who has done an excellent remix of one of my tracks, now called Beelzedub. And Houston-based EBM outfit also remixed a track from the October EP, which I repaid in kind by remixing/destroying horribly their "Fallen Angel" track. But for a better indication of what the new stuff will be like, think of a more guitar focused version of my favourite personal release, "Faileasan".

Of course you can also check out my bandcamp collection to see some of the other things I've encountered, and will in future.

Cheers for having me, Nerine.

Posted by nerinedorman at 1:35 AM