Part of the reason why I review books is so that I'm constantly exposed to new authors, and I've met some awesome people over the years. I'm happy to present fellow South African author Suzanne van Rooyen, who's scarily awesome. To give you a hint, she's into Neil Gaiman and Poppy Z Brite, which immediately makes her good people, in my books. As if it's not enough, she's also into music. I've recently read her novel, The Other Me, which I feel is how contemporary YA *should* be written. Go check the book out on Goodreads. I've been an annoying gushing fangrrrl by telling everyone to go out and buy that book immediately.

So, Suzanne, what do you love about Brite and Gaiman? 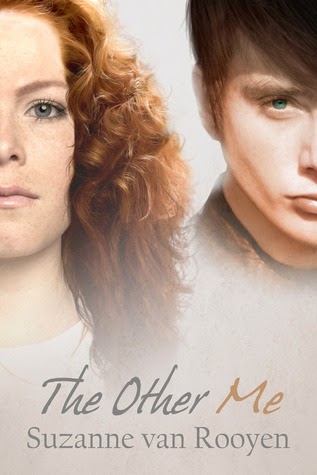 Oh indeed! Lost Souls by Poppy Z Brite was the first book I ever read twice, and then a third time. I just didn't want it to end so when I got to the last page, I just started from the beginning again. That book is what made me want to start writing. Ghost was also my first real book boyfriend and he'll always have a special place in my heart. As for Gaiman, my love for him began when I started reading his Sandman graphic novel series. The scope of those stories, the intricacies and complexities of the plots and worlds were mesmerizing and held me enthralled for years as I saved up my pocket money to buy each volume. I'm a huge fan of Gaiman, not only because of his writing but because of the way he views fame and talks about being an author. I love his candour and sense of humour.

The Other Me is, in my opinion, a brave book, because you treat subjects I suspect the bigger local publishers might shy away from. Your teens come across *exactly* as I remember my school days, warts and all. Can you share a little insight into the story?

Yeah, these aren't easy topics, least of all when in a South African setting. This story is extremely personal and was largely inspired by my own high school experiences attending a private all-girls Catholic school and feeling like a total freak. You can read more about that in my Dear Teen Me letter over here. This story had been rattling around in my head for a while. Gabriel – my male MC – was born first as an amalgamation of many of the beautiful but broken boys I knew growing up. Treasa was more complicated. I knew her story and who she wanted to be, but I didn't know how to tell her story in a way that might get my book published. In the end, I stopped caring about 'publishability' and just let Treasa tell her story without trying to censor or edit her. As nervous as I still am about this book being out there given its sensitive subject material and how much this story means to me, I'm so glad I gave my characters the freedom to be who they truly are - which is the core theme of this novel: having the courage to be your authentic self.

Your love of music shines through too (and this is probably why I related even more, because I studied music as a double subject for matric). Can you tell a little more about your background related to music?

Sure. I started playing piano when I was six and played my way through all the UNISA grades. I did music and music performance for Matric before going on to do a Bachelor's of Music and then a Master's in Music, Mind and Technology. I think I'll always be a musician first, a writer second. My current day job includes teaching music to 7th and 9th graders so music is still and always will be a huge part of my life. Like Treasa, in high school I was a choir nerd, I played piano and flute, and I don't think I would've survived my teenage years without my music – hence the musical theme in The Other Me.

For me it's the guitar, and possibly also the only reason why I made it through high school without doing something completely stupid. Can you tell us a little more about the publishing path that you've followed so far? What have been some of the challenges you've faced? And some of the highlights?

I got published almost by accident to be honest. In 2010, a friend told me about NaNoWriMo. Up until then I'd only been writing for fun and never taken it too seriously. However, after continuing to work on the novel I started writing during that NaNoWriMo session, I toyed with the idea of getting published and submitted my story to an indie press on a whim. I knew very little about how the publishing industry worked and was totally unprepared for an offer to publish my novel. It was a baptism by fire, as they say, as I had to learn a hell of a lot about craft, publicity, editing and publishing in a few short months between signing the contract and seeing my book in print. It was surreal but it was also exactly what I needed at a time when I didn't really know what I wanted to do with my life. After that, I started pursuing publishing more seriously. After becoming a semi-finalist in the Amazon Breakthrough Novel Award competition in 2012, I landed my US-based agent as well as my second book contract. It hasn't been an easy publishing path at all and I still have so much I want to achieve, but having had three books published in less than three years of taking this writing thing seriously feels like a major achievement unto itself.

Choose one person who absolutely inspires you (living or dead). Who? Why?

Christopher McCandless, perhaps better known as Alexander Supertramp. His story as told by Jon Krakauer in the novel Into the Wild (which was also made into a stunningly beautiful movie), changed my life. Reading that book resulted in a major paradigm shift for me, from waiting to have money to start living and being happy to being happy with living the life I had regardless of my bank balance. While I don't think McCandless always made the best decisions, his fearless determination and ability to break free from societal expectation has been hugely inspiring.

If someone's interested in your writing, which three titles would you recommend, and in which order?

The Other Me for sure - it's my newest YA novel and a departure from my usual science fiction writing. 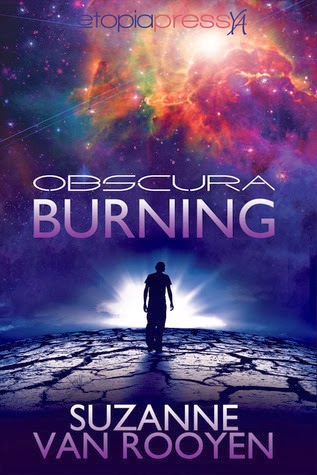 Obscura Burning – a darker, edgier and weirder read for fans of both sci-fi and contemporary.

And then I strongly recommend waiting for my brand new YA science fiction novel titled I Heart Robot. That's due out in 2015 from Month9Books.

What are you reading at the moment? Why would you recommend this book?

I'm going to cheat and talk about a book I just finished, The Gospel of Winter by Brendan Kiely. I can't say enough good things about this book. It's a contemporary YA novel about a boy living in the wake of abuse at the hands of his local priest. It's a beautifully written novel that is raw and unapologetic, but always sensitive considering its somewhat controversial subject matter. This story broke my heart, left me with a major book hangover and will haunt me for months to come. For anyone who enjoys poignant stories about broken boys trying to put themselves back together then this is the book for you!

What's next on the schedule for you? What can your readers look out for?

I Heart Robot is scheduled for release January 2015! I'm so excited about this book! It's about a girl who unwittingly falls in love with an android boy who is the only 'person' who gets her love of music. Music is a major theme in this novel too and it's set in a futuristic Scandinavia.

There should also be a second, and hopefully a third book, in the I Heart Robot series to look forward to as well.

I'm currently working on a New Adult science fiction novel in a similar vein to Obscura Burning, which I hope to have on submission with my agent later this year.

About the Author:
Suzanne is an author and peanut-butter addict from South Africa. She currently lives in Finland and finds the cold, dark forests nothing if not inspiring. Although she has a Master’s degree in music, Suzanne prefers conjuring strange worlds and creating quirky characters. When not writing you can find her teaching dance and music to middle-schoolers or playing in the snow with her shiba inu. She is rep'd by Jordy Albert of the Booker Albert Agency.

Posted by nerinedorman at 12:11 PM