Dark Harvest: Six of the Best with Anna Reith

Whenever I pull together an anthology, I'm always keen to include Anna Reith's writing. She totally hits the mark for me. Her tales might not move quickly but they are lush and evocative, and filled with mood, texture and colour. So, she was perfect for Dark Harvest, which is available in print, Amazon, Kobo and Nook. But... Over to Anna.

Tell us about your story. Where did you pick up the story seeds? 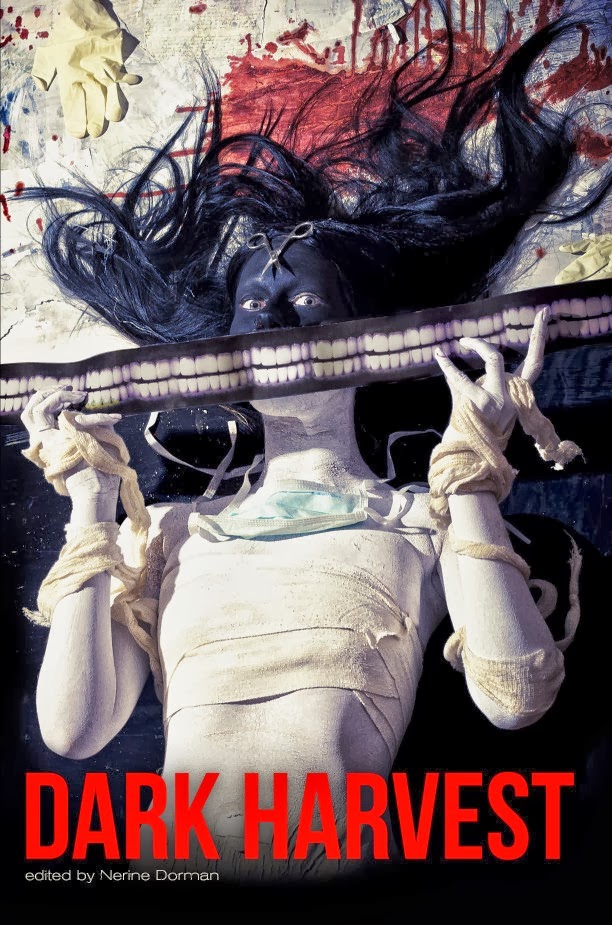 The Weeping Blade is a tricky one. It’s probably one of the weirdest stories I’ve written to date, in several ways. It’s to do, loosely, with how places are altered by habitation, and how we’ve altered ourselves, and our perceptions…and maybe a little to do with how thin that veneer of civilisation is. That said, most of it is really quite light-hearted, and I think that was my inspiration. We often cope with the more terrifying aspects of our humanity—and our mortality—either through humour, or the prosaic mentality that Six has in the story.

It’s terrible, I know, because they’re very beautiful and interesting critters, but I have a mild almost-phobia of slugs. This is due to a house I once lived in—it was like The Amityville Horror, but with hygroscopic mucus instead of blood.

That aside, I think the scariest things are those we don’t face head-on: not just our worries, fears, or skewed perceptions, but the actual nature of our reality. We understand so little about the universe, and while the limitless potential in it is fascinating, it also makes human beings seem extremely small. The way in which we’re basically hard-wired not to explore that, mentally, is pretty creepy.

Why do you love dark/unsettling fiction?

Well, following on from the universe and infinity, I think weird fiction is the perfect medium to delve into that. It’s the place to put aside conventions and examine the unknown and unseen; the shadows at the corner of our eyes, which are never there when we turn around. Of course, the question is whether there’s genuinely “something out there” that we have yet to understand, or whether all those shadows are simply reflections of us.

I…have too many things to do. *grin* My output’s been slowed due to ill health and upcoming surgery, but I’m polishing up the first instalment of a sci-fi series and working on two dark fantasy novels, alongside the forthcoming sequel to my murder-mystery-glam-rock-fantasy-thing Dead in Time. I also hope to be adding some new short stories to my website soon—it’s been a while since I released any new free reads!

That I’m not Polish, I think. A lot of people I meet seem to assume I’m Polish, Czech, or American, for strange and unspecified reasons. Either that, or the fact I knit and quilt a little bit (I studied textile arts for a while). Not sure why this is unexpected, but apparently it is.

Tell us a little more about what you’re reading at present?

Right now, I’m hip-deep in some research reading for a couple of different projects, so I haven’t been reading much fiction. The Christmas Book Fairy did kindly bring me the autobiographies of Frederick Douglass, however, which are a gut wrenching but extremely powerful read. I’ve also really enjoyed Olive Moore’s Spleen, which I hunted down after seeing the sculpture of her by her husband, Sava Botzaris, and deciding I needed to read everything she’d ever written. Lovely, lucid prose dripping with 1930s aesthetics…I think she’s justly described as a blend between Virginia Woolf and Djuna Barnes. Beyond that, I have a To Be Read list longer than my arm, so one thing I’m hoping 2014 brings is the opportunity to catch up on some of it!

For the things I’m getting up to this year, free reads, and associated stuff, you can find me at www.annareith.co.uk or www.specks-of-infinity.tumblr.com
Posted by nerinedorman at 12:03 PM