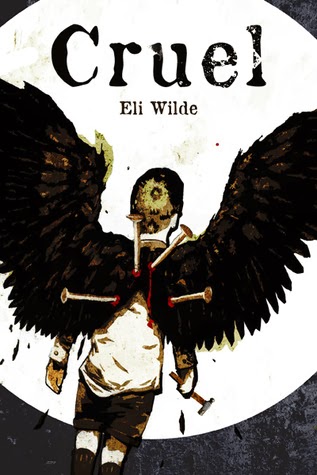 Evan Jameson, by his own admission, is not right in the head. Superficially he might seem to be a gentle, soft-spoken person, but beneath that thin veneer lies something vicious and nasty that likes causing pain. Through a series of first-person accounts Evan discusses the key moments in his life, from childhood all the way to adulthood. One thing is certain – Evan exists as a nexus of cruelty: the casual cruelty done to him by others and the cruelty he himself inflicts.

I’ve often felt that children, through their lack of compassion, are capable of surprising degrees of cruelty akin to the worst that adults inflict – and some of the scenes depicted in this story will shock sensitive readers; there is no way to soften the blow. Evan is an innocent and we view the world through his eyes. He is a spectator to and sometimes unwilling participant of the immensely vicious acts of his peers, and he bears scars, within and without.

Whether his upbringing results in him being maladjusted as an adult or whether Evan inherently suffers from a mental condition is besides the point. The adult is damaged goods and I get the impression that he is only going through the motions of what he thinks is socially acceptable behaviour – mostly just to keep people at arm’s length.

The most notable relationship the adult Evan has is with the couple Denise and Morris, but once again he is the focus of others’ cruelty. Morris is a Maurice Conchis-type figure to Evan’s Nicholas Urfe.

This is not an easy story to read. It is not a feel-good novel either. If depictions of cruelty to animals and abuse upset you, do not read this book.

What Wilde achieves, and does so exceptionally well, is examine the hopelessness of the human condition. This work is dark and there is no remorse and no release unless it’s the oblivion offered by death. Yet, all through this work, Evan somehow retains a purity of essence. He encapsulates and distils the soul of a doomed generation. Life is essentially short, brutal and meaningless, but some of us can choose how we play the hand we have been dealt. The outcome might not be happy, but it brings with it some sort of resolution.
Posted by nerinedorman at 11:53 AM