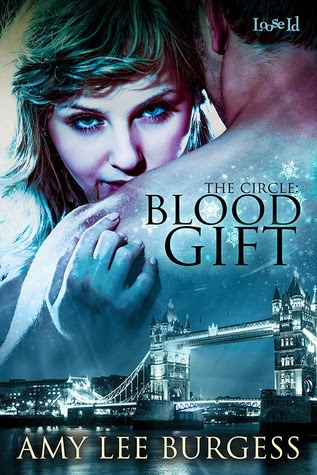 Vampires, blood and sex seem to go together like peanut butter, jelly and freshly baked bread nowadays when one opens a paranormal novel, but Amy Lee Burgess takes what some might feel is a tired trope and she makes it her own in a way that thoroughly engages all the senses.

When Claire became a vampire, she thought she’d get a second chance at happiness with a dream lover. Before this, she never had things easy. As the only child of an alcoholic mother, she suffered years of abuse as the focus of her mother’s ill will. Then she ended up with a junkie boyfriend who thought nothing of pimping her out so he could score drugs. Hardly a bed of roses. Yet Circle Master Oliver saw some quality in Claire that he admired, and had her turned into a vampire to be part of his London Circle.

Vampires are hardly a cute, cuddly family, and worst of all, Claire’s master, Parker has pulled a Dr Jekyll and Mr Hyde stunt on her – he is most assuredly not the charming, perfect partner who initially swept her off her feet. He claims his treatment of her is for her own good, and though she fears what her master might do should he find out, Claire finds herself drawn to Andre – Parker’s arch-rival in the Circle.

The biggest problem Claire has yet to face surfaces early on in the story. As a vampire she has always been able to read others’ – mortal and vampire – minds. Parker has told her that should their Circle Master ever discover that Claire has this ability, that she’d be staked. Yet a secret with so much importance cannot remain hidden, and unavoidably causes much strife within the Circle when it eventually comes out.

Old conflicts simmer beneath the surface, and time is running out for Claire. If she can’t work through her personal demons, she will die, as her powers slowly grow and bring with them crippling side-effects. Stunted by past cruelties she endured, Claire struggles to master her gift.

Claire is a remarkably complex character, but then I’ve come to love and expect that from all Amy’s creations – individuals who embody contrasting characteristics. Claire is damaged yet she, in her own way, does reach out to help others in similar situations. Which is ironic, because she is unable to heal herself.

The fact that this is a story featuring vampires is secondary to the primary theme – that of personal redemption and coming to terms with past ills, whether they were deserved or not.

So far as vampires go, Amy has nailed them with regard to their behaviour. They are sensual and hedonistic, and they revel in bloodletting. More so, they’re not perfect; their behaviour is often short-sighted. They get angry, display lapses in judgment – which makes them all the more fascinating to observe.

I’ve walked a long road with Amy, and have seen this novel’s earliest incarnation as a blog serial develop through successive revisions that resulted in Blood Gift. All I can say is that I’m in awe of Amy – not just her keen perception when it comes to characterisation, but also her ability to convey emotions and thought processes. Her characters might possess supernatural abilities. Hell, they’re not even human anymore, but they’re still people.
Posted by nerinedorman at 2:05 PM