While I’ve been writing quite a bit about magicians and vampires, I haven’t given wolves much time, but this was remedied last year when I saw a call for submissions for Luna’s Children – anthologies featuring werewolves. Now, while I’ve edited a fair amount of fiction involving wolf shifters or werewolves, (See Amy Lee Burgess’s The Wolf Within series and DC Petterson’s Lupa Bella), I’ve been itching to write them myself. 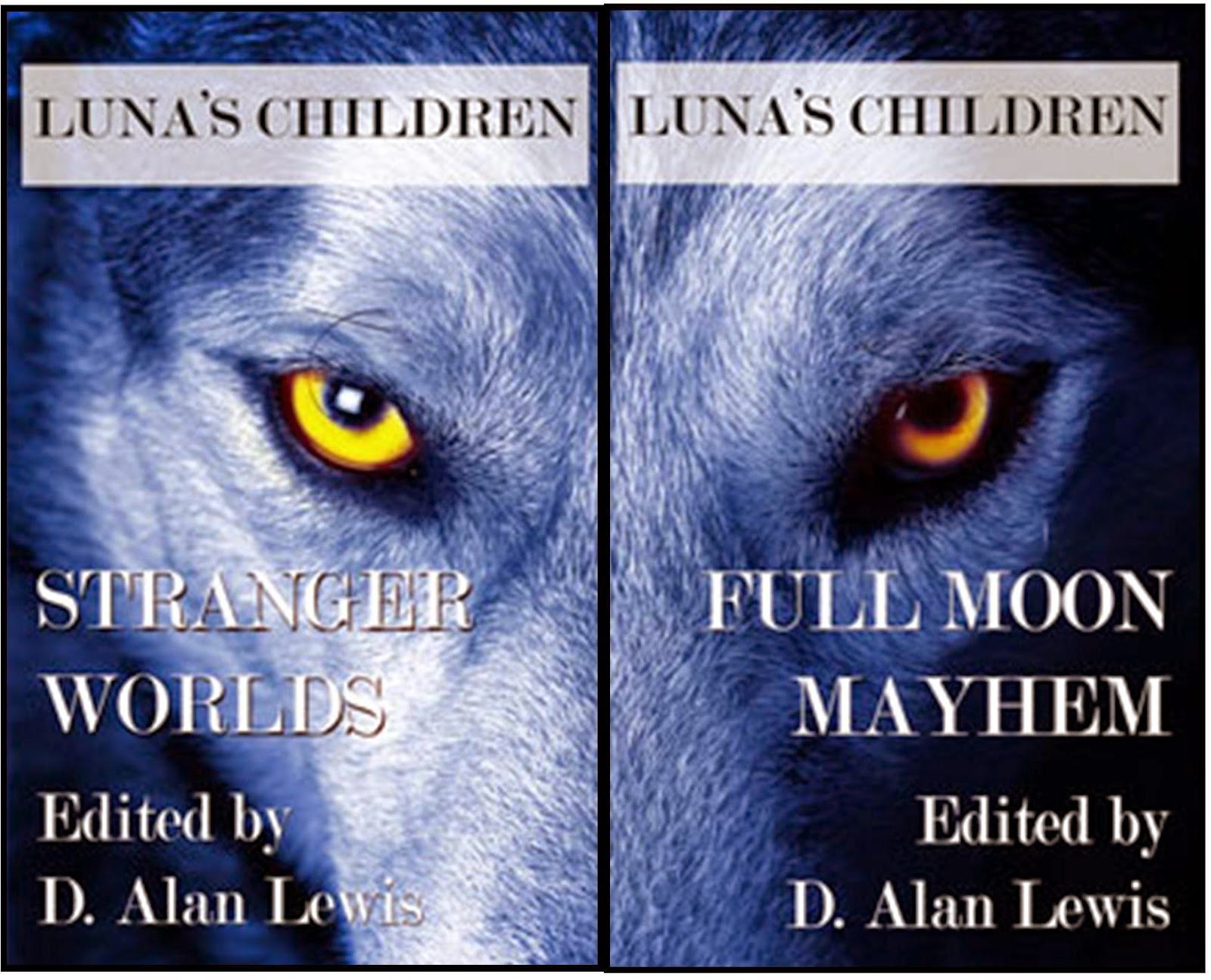 A few of my earlier (and mercifully unpublished) stories involved wolf shifters. One was a female monster hunter who had a raven companion. Oh dear dog it was… Okay, it was fun to write, but looking back now I understand why the thing never sold. The other was set in my Books of Khepera universe and told the story of the tall blond bouncer outside The Event Horizon. Yes, he’s a werewolf, and his name is Viking. (Okay that sounds fecking awful summing it up like that).

And that was the sum and total of my werewolves, until I got round to writing for this anthology. I wanted to do something different. Yes, I know we have wolves in Africa (there’s the recently described Egyptian wolf, in addition to the Ethiopian wolf) but I wanted to write about our “painted wolves” AKA the wild dog. Like their lupine brethren, the African wild dog also runs in packs, but in appearance, they are vastly different. They have large, rounded ears and magnificent mottled markings that give them their name.

In conducting my research, I struck upon the fact that the young females of the pack are driven out to find packs of their own – which provided me with the story seed, and where we join our two sisters and litter mates, who’re headed north until they cross paths with an enigmatic wanderer. What follows is my own imagining of what shifter culture would be like in Africa, and I’ll offer you a small taste here.


“Humans have it so easy,” Mariette said. “I sometimes wish we’d been born dull.”
I whimpered. “Don’t say that.” But my words had no force to them. I’d had the same unworthy thought. I couldn’t imagine life without the thrill of the hunt, going days after prey and running with the pack, thinking, feeling, the world alive around us in crisp detail. “But it would’ve been easier if we’d been boys.” Boys never had to leave the pack once they came of age.
Both of us had been living in denial that this day would come.
“Haai! Look!” Mariette pointed as we passed a figure by the side of the road.
Some dude hitching. She slowed the car and gravel spattered against the undercarriage as we pulled to the side of the road.
“We shouldn’t be picking up hitchhikers,” I said even as she shoved the car into reverse.
“It’s like more than thirty-five fucking degrees Celsius outside, sis, the guy’s boiling. Besides, he looks like no one’s stopped to give him a lift in ages. After all, it’s not like we’ve got anything to fear.”
She had a point, and I shoved my misgivings deep where their muttering wouldn’t bother me. Mariette was older than me by five minutes. I deferred to her on most things. Yet we didn’t need to complicate our lives with someone else’s problems right now. But where the hell had the guy sprung from? Like he’d just materialised out of the heat haze on the tarmac and stepped into our reality.


Do go out and support this worthy project. I think the cover art is simply fabulous. Purchase it at Amazon: Full Moon Mayhem and Stranger Worlds.
Posted by nerinedorman at 2:50 PM