To Err is Human with RA Meenan

Today I welcome Luna's Children author RA Meenan and hand over my blog to her for a short guest post. You can pick up the corresponding Stranger Worlds and Full Moon Mayhem over at Amazon. 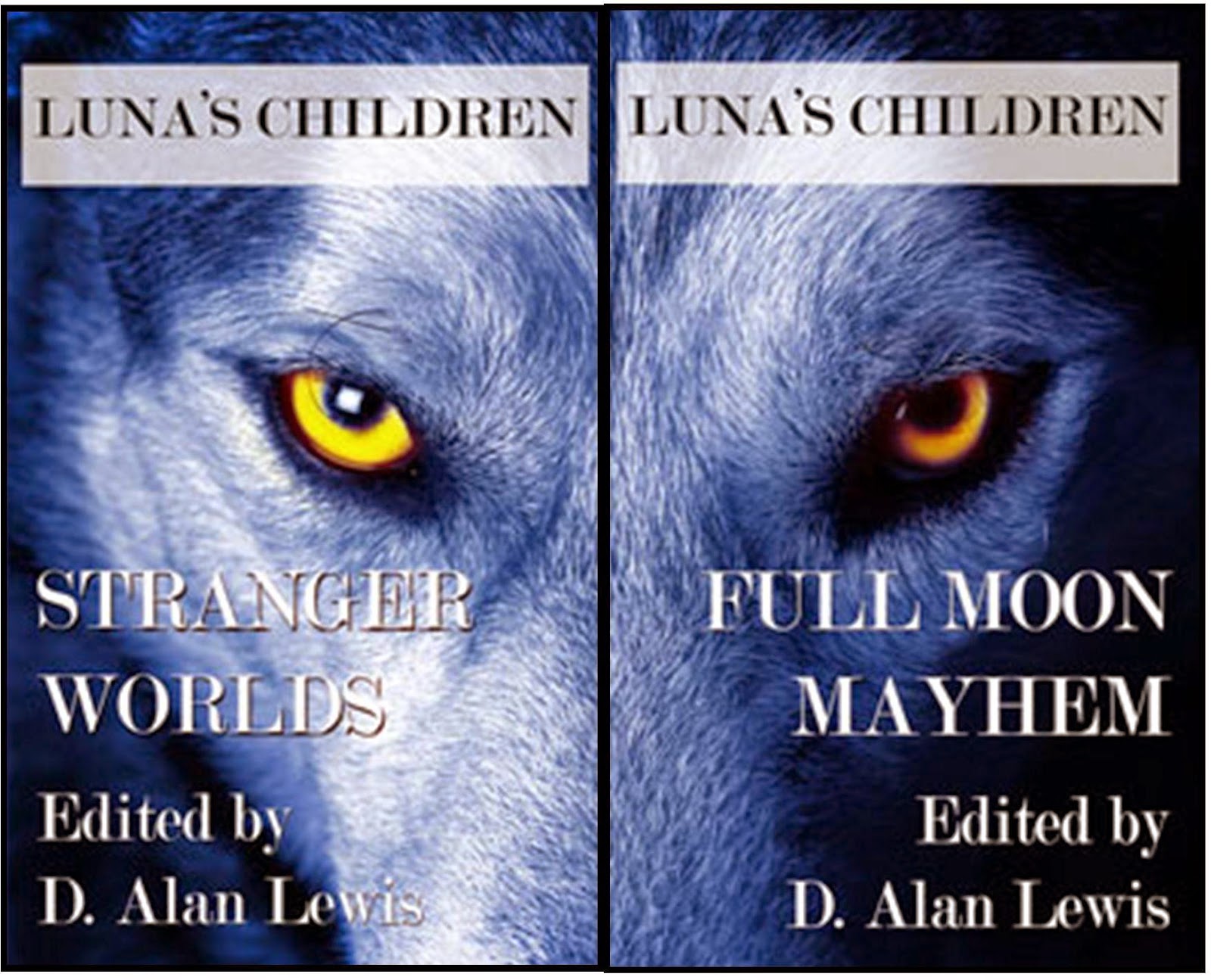 But what about werehumans? A “reverse werewolf?” What would happen if a wolf turned into a human?

A traditional werewolf, when changed, loses his mind and morals and becomes a raving monster. But what would happen if a wolf turned human and GAINED human morals? Wolves rely on killing to survive, but humans consider killing immoral. So how would a wolf cope with this conflict of interests?

This is what I intended to explore in my story.

Originally I wanted to write the story through the perspective of the wolf, but the more I tried writing it, the harder it got. So I invented Deckard, a somewhat single minded wolf expert living the hermit life among a huge problem of illegal camping and man-eating wolves.

And he was exactly what the story needed. He has it in his head that wolves always fall into the same patterns, so when the pack he’s observing behaves differently than his expectations, he doesn’t know how to react.

The wolf smell had dissipated by now. Maybe it’d be safe to call for survivors.
“Anyone alive out there?” Deckard called as loud as he dared. He cupped his hand over his ear. Nothing. “Anyone at all? I want to help you!” Nothing. Not that he expected anything. He kicked loose dirt over the warm ashes and turned to leave.
Then he heard the whimpering.
He cupped his ear again. More whimpering. Down by the river. He edged toward the bank and found the source.
A young man, barely seventeen, sat huddled and naked at the bank of the river. Specks of blood covered his body and face. Bloody streaks outlined his mouth. Sticks and leaves stuck out of his long black hair. He looked up at Deckard with unnatural fear.
Deckard bit his lip. This would be an interesting one.