If CapeTown industrial metal band Terminatryx’s new album, Shadow, can be summed up in one word, it would be “epic”. The heavy, unrelenting guitars and rhythms are contrasted by lead singer Sonja Ruppersberg’s softer vocals, but don’t be fooled – there’s steel beneath her exterior. 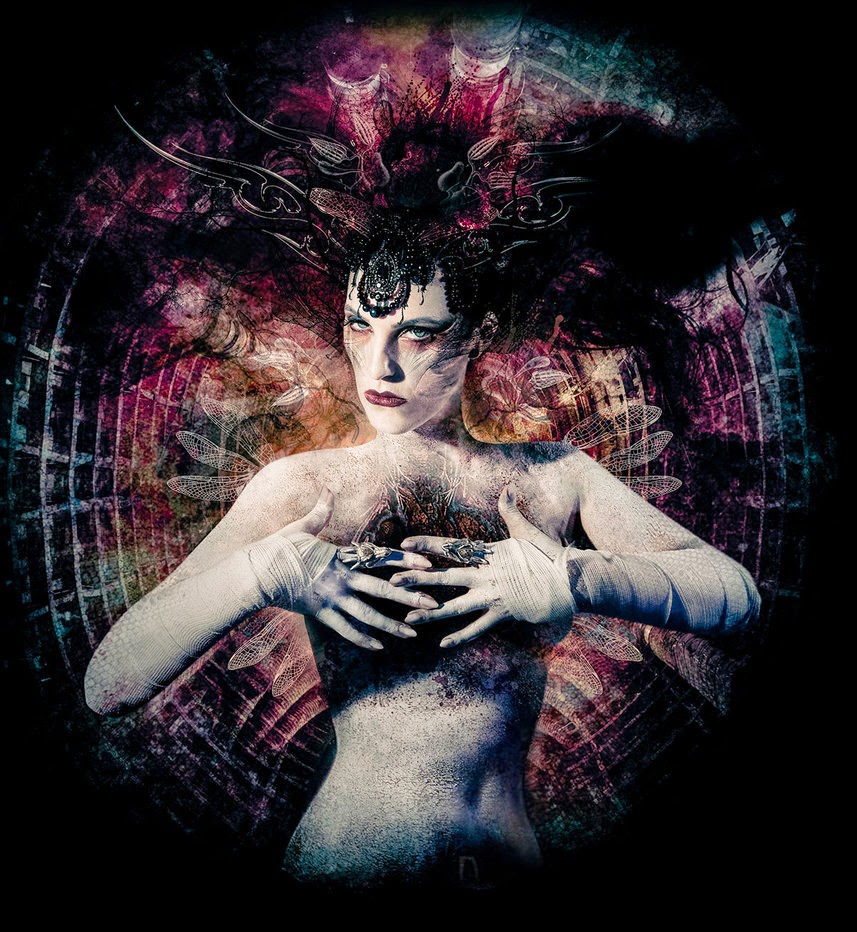 And if one thing can be said, the band have had staying power since they first embarked on their sonic assault of the South African music scene since 2002. Consisting of Sonja Ruppersberg (vocals, backing vocals), Paul Blom (bass, programming, guitars, keyboards, backing vocals and production), Ronnie Belcher (drums) and Patrick Davidson (guitar), Terminatryx draws on influences such as Ministry, Fear Factory, Rob Zombie and Marilyn Manson, among others, with a dash of thrash metal thrown in for good measure.

At times the music is true to its industrial roots, with pounding rhythms, yet at other moments (and especially with the album’s gloomily melodic title track, "Shadow"), Ruppersberg’s voice soars above the grinding guitars, eerie, ethereal and unforgettable.

Most of the band members have also been active in the local music scene for years, with Blom having been part of the metal bands VOD (Voice Of Destruction) and K.O.B.U.S!; Davidson, who is currently active with the metal band Mind Assault; and Belcher, whose new rockabilly group The Flaming Devilles is worth keeping an eye out for.

The Terminatryx sound has gained a greater dynamic range with their latest album, which was co-produced by Blom and Theo Crous (Springbok Nude Girls, K.O.B.U.S!), and picks up from where the well-received remix album left off. The broad range of lyrical themes treats the duality in the self – good versus evil; the state of the world and the individual’s inability to deal with it; hypocrisy and political correctness; and emotional despair.

Though the tone is more often than not dark, the album maintains an underlying sense of playfulness and humour, and the music itself carries through with the almost mechanical precision typical of its genre and sweeps listeners along with its energy. Instrumental interludes are suggestive of the cinematic themes that are influenced by Blom’s and Ruppersberg’s continuing involvement in their project The Makabra Ensemble.

And, remaining with the theme of film, mention must be made of Blom’s and Ruppersberg’s curatorship of annual film festivals such as the South African HorrorFest, the X Fest and Celludroid, events which are among the few in the country that cater for alternative, independent and fringe cinema.

This involvement in visual arts translates directly into how Terminatryx is presented to its fans. In addition to making music videos, such as the much-lauded video for "Virus", which featured extensive special effects, Terminatryx also creates a strong visual element through the medium of photography. These images, created by local visual artist Dr-Benway, have found their way into publications such as De Kat and Playboy.

Though Blom says he’d like to make feature films, cost and time factors have him happy to settle with music videos, and also put a lot of effort into the merchandise for sale at gigs, which all add up to create a lasting legacy in what is an essentially ephemeral industry.

He adds: “Our music is about expression. You have to be overtly commercial to tour South Africa, and ours is not music by numbers. If we had a population here to sustain alternative art full time, we could reach a wider audience. Merchandising, however, is big, and something that many artists neglect.”

Ruppersberg is always touched when fans request that the band sign items after shows, and adds: “I don’t automatically think autographing a CD is a big deal, but people still like that personal touch; it’s amazing and that carries value.”

Staying on track with their current goal to add to their multifaceted offerings, Blom and Ruppersberg are planning on releasing music videos for each song off their latest album, with "Shadow" and "Gone" currently in the final production stages.

Says Ruppersberg, who directed the first video: “'Shadow' is currently the song that’s the most popular and accessible. The idea for the music video is an old-style black-and-white horror, and we used Leon Visser as the cinematographer and editor. With 'Gone', director Johnny Swanepoel came up with a gritty, gothic-style video, with a slight horror theme that was shot in the bowels of the old Castle Brewery.”

Posted by nerinedorman at 12:55 PM