Christian Schoon and I have a habit of sending each other pictures of strange mammals. Okay, that sounds a bit odder... than it should. But if you've read and loved the first novel in his series, Zenn Scarlett, as much as I have, then you'll understand. But now book two, Under Nameless Stars, has come out, so I'm celebrating its release with Christian and this is one of the stops on his blog tour with an added extra of having a Rafflectopter giveaway below. So, once again, a huge, happy welcome to Christian, and let's get on with the show! 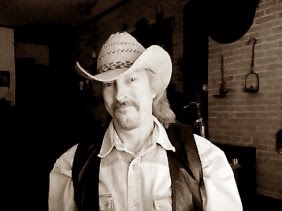 When we were last with Ms Scarlett, she'd stowed away on board a space-faring vessel with one boy and one furry nuisance in tow. It's not too much of a stretch of the imagination to know that things are about to get very interesting. If you sketch the basics for someone who's not read any of the books, can you give us an idea of what to expect in book two without spoilers?

Hi and, first of all: a tip of the visored-helmet to Nerine for letting Zenn and I drop in for a chat. As an author herself, Nerine knows how vital blogs like hers are to other authors when it comes to talking about new releases. So, big, big thanks. As for Zenn’s next adventure, Under Nameless Stars kicks off, as noted, with Zenn and cohorts smuggling themselves aboard the starliner Helen of Troy. To achieve this, they’ve concealed themselves inside the cage-crate of a sandhog boar, an animal vaguely resembling an armored, 12-foot manatee with front digging claws the size of backhoe buckets, a mouth wide enough to swallow a small cow and a foul temper when it comes to sharing its space with anyone else. This launches Zenn on a galaxy-spanning quest to find and rescue her abducted father, and in search of answers to why she’s suddenly begun experiencing disturbing mental “links” with some of the alien creatures in her care. Zenn is studying to be an exoveterinarian; as such, she’s a scientist. She knows there’s no such thing as ESP. But she can’t deny what’s happening between her and these animals.  So, along with her space-operatic journey into the unknown, she’s also dealing with this unsettling and inexplicable condition.

What I've loved so much about your setting is the animals that Zenn and co. encounter along the way. Are there any new and unusual species that you introduce in book two? Any old favourites that return?

Zenn will meet, and occasionally employ her exovet skills on, an array of new sentient races and alien life forms in this book. One unusual species is the Eta Cepheian-Liquissi Drifter. Cepheian Drifters are sentient, crustacean like creatures who hover above the ground thanks to a five-foot diameter, translucent shell-like structure filled with internally generated methane and other lighter-than-air gases. This species evolved in the upper atmosphere of a gas giant planet like Jupiter, a vast, largely empty space where finding a mate was a long shot. So, the much larger females carry their diminutive male consorts with them, with the males floating inside five transparent, fluid-filled skin-globes suspended from the female’s shell. The males look like rather large brine shrimp and they tend to chatter incessantly. (Inspiration for this is abyssal-dwelling fish on Earth that do essentially the same thing: large female with tiny male mate attached for life.)

Another favorite character is (minor spoiler comin’ up…but this has been revealed elsewhere during the tour, so…) Jules Vancouver. He’s a bottlenose dolphin who gets around wearing a walksuit. He’s a fun guy, great sense of humor, likes practical jokes, is obsessed with antique print-on-paper adventure novels like Treasure Island. He harbors a deep and startling secret that features prominently during an especially harrowing escape scene in the book.

A word on the cover art for Under Nameless Stars – I think the illustrator did an awesome job capturing Zenn's mood. Any thoughts you'd like to add? Only that I agree entirely. Both cover images stirred up much love on the interwebs as soon as they appeared. When the first one debuted, I actually received a really sweet comment on my blog from the  father of the photo model (her name is Melissa Tongue, she’s from the UK and does shoots worldwide for all sorts of companies/products/artsy stuff). Her dad was literally bursting with pride about his daughter’s work and that she was on a book’s cover. And, seeing as how she’s the basis for the illustrated images of Zenn, I clearly concur.

This would be the part where I pause and resort to something like “Well… it’s complex.” Zenn and Liam have history from the first book, of course, where he (book one spoiler alert!) was reluctantly implicated in a plot that nearly destroyed the Ciscan Cloister on Mars where Zenn’s a novice exovet in training. So, while she’s attempting to forgive him for this bit of youthful indiscretion, Zenn remains suspicious of him and his motives when he volunteers to join her in the sandhog crate, which is bound for the Helen. But, as we know, Zenn was raised in a house of science, with relatives who are no-nonsense, practicing exovets, Zenn prides herself on being an eminently logical person. But her isolated upbringing in the Cloister also left her socially naïve and, at times, downright inept. When Liam makes it clear he’s interested in her, she thinks she might be starting to have feelings for him, and she doesn’t really approve of this development. It’s distracting. It’s disorienting. It means loss of control and periodic floods of unreasonable emotion. So, she’s resisting. Will this resistance be successful? Maybe. Maybe not.

Because I like to make my guests squirm, I'm going to ask these two questions in one. What was your favourite scene (without spoilers) in book two? And the most difficult to write? (There always is one.)

Favorite scene: the above-noted escape sequence involving Jules. Can’t say too much here, but it was just a fun scene to write and I was really proud of my dolphin. And also because: black-smoke lurker beast. For difficulties, the last chapter was tough because I love cliff-hangers and kinda wanted to torture my readers with one. My editor said the major cliff-hanger close of book one was enough already and to let the gentle readers off the hook. I agreed to be merciful. I’m just that kinda guy.

In book one you touch on the idea of xenophobia in your Martian colony. Are there any underlying themes in book two?

After instances of over-confidence that lead to more than one near-disaster in book one, Zenn is questioning herself a bit more in Under Nameless Stars. She’s also suffering from the world-view angst noted above, and she needs to recover some of her mojo on several levels. So, I’d say one of the themes in book two a simple one: never say die, take a step back in a crisis, “know thyself,” understand that you have the resources within yourself to confront the challenge and persevere. Sounds easy, of course, but when under fire/in the heat of battle/running for your freakin’ life, this can be a tough thing intellectually to achieve.

And now one of my favourites ... If you were given the opportunity to turn book one and two into either a film or a TV series, who would you cast in the leading roles?

What are you reading now?

The Story of the Human Body: Evolution, Health and Disease by Dr. Daniel Lieberman  A decent if not ground-breaking overview of how our evolution has (and continues to) affect our species’ health and culture in the modern age of us primates having way-too-easy access to all the sugar-fat-salt we can stuff in our cheek pouches and scamper away with.

Have any new creatures come into your life since we last spoke?

Nothing especially spectacular or exotic. But have had a couple of new tom cats wander onto the farm and take up residence in the Cat Barn; these boys will be headed for the vet soon to be neutered. Just a matter of me taking the time to put out the live traps for 'em.  Then, we’ll bring them back and they’ll make the decision to join our colony or move on. The main thing is to shut down the kitty factory before they have a chance to breed on an adjacent farm (all feline guests here are promptly spayed/neutered. It’s part of our deluxe Spa Package.) Also the usual contingent of raccoons, skunks and possums emerging, blinking, into the daylight now that temps are above freezing.

What's in the stars for your future projects? Or is this a state secret? ;-)

Not a secret, but I resist saying too much or it’ll jinx 'em (yeah, I’m superstitious that way). Will admit to working on an animated steampunk TV show concept, and a monster-filled new novel. A third Zenn book is outlined and beckoning, but it’s gotta compete w/ the other stuff in my head, so we’ll see who wins.

And that’s the story from the sylvan hinterlands of the American midwest. Thanks again for letting Zenn’s blog tour yacht tie up at your dock.  Always a pleasure to visit. Cheers!

And, here's a Rafflecopter giveaway
Posted by nerinedorman at 4:10 AM