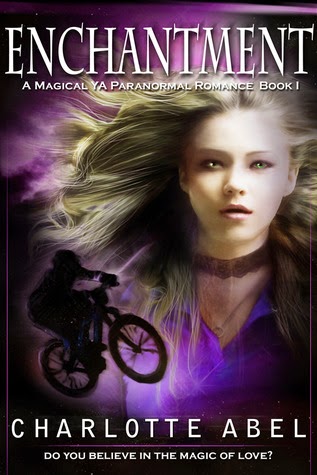 From the outset, this novel seems exactly as the name suggests. I found myself hooked and enchanted by the premise. After all, what could be more adorable than secret clans of mages in the Ozarks?

Each mage has a name that they live up to. Channie is short for Enchantment, and predictably the boys find her irresistible. But she doesn’t want to end up like her sister, Abundance, who’s ended up with unexpected triplets, so her parents are naturally a bit careful when it comes to Channie and boys.

But with a father whose name is Money, the family runs into trouble when Money gets on the wrong side of a rival mage clan who declare a blood feud, and Channie and her family run all the way to Colorado to escape the folks hunting them.

Now Channie needs to adapt to “Empty” society. (Empties is the term they use to describe non-magical people.) Of course being delightfully naïve when it comes to contemporary culture, Channie finds herself at the butt of jokes. To make things worse, her parents change her magical name to Chastity in an effort to protect her from the predations of the male species. This naturally leads to plenty of complications, especially since she finds herself falling deeply and irrevocably in love with a boy named Joshua.

As soon as she tries to fix one thing, another goes wrong, and step by step Channie finds herself in a deeper bind than before. Very soon she’s in a bit of a mad rush against time to undo a curse and be with the boy she loves.

My overall impression was that this is a fun YA contemporary fantasy novel. The kids do all the mad, bad crazy stuff you could imagine, and they face all the usual issues teens do – mostly related to their relationships with each other and their parents. Not an easy time. So Charlotte Abel’s done a good job expressing that discomfort.

Technically, I feel this novel could have used a tighter edit; my inner editor got twitchy with a whole lot of little quirks, so I feel this needs to be mentioned. Developmentally the pace is a little uneven as well. A little too much teen fooling around and not enough getting on with the story, but then again, that could just be my opinion.

If I have to think of someone to recommend this to, I’d say there’s a chance that the Cassandra Claire and Harry Potter tribes might take the bait. I’m of two minds as to whether I’ll go for the rest in the series, but that’s mainly because I don’t feel fully invested in the characters or the settings. Fault definitely lies with the reader. This is a fun, magical read otherwise.

Posted by nerinedorman at 12:08 PM